Dorian to hit Bahamas as 'devastating' hurricane, then menace Georgia and Carolinas 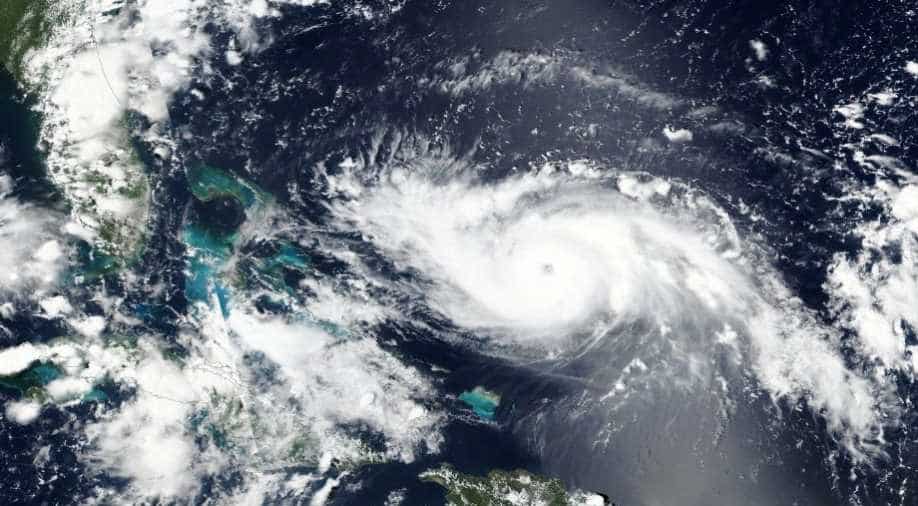 Florida towns told residents to remain vigilant despite forecasts they might dodge a Dorian landfall, as a tropical storm watch was issued for the state's south Atlantic coast

Hurricane Dorian punched northwest on Saturday to threaten Georgia and the Carolinas, possibly sparing Florida a direct hit, as the Bahamas braced for catastrophic waves and wind from the muscular category 4 storm.

Florida towns told residents to remain vigilant despite forecasts they might dodge a Dorian landfall, as a tropical storm watch was issued for the state's south Atlantic coast.

"I want you to remember: homes, houses, structures can be replaced. Lives cannot be replaced," Minnis told a news conference, adding that 73,000 people and 21,000 homes were at risk to storm surges of up to 15 feet (4.6 meters).

Dorian could then veer northwest and possibly remain at sea as it moved up the US eastern seaboard late on Monday through Tuesday, the NHC said.

A tropical storm watch was issued for a more than 120-mile stretch (193 km) of Florida coast from Deerfield Beach to around Palm Bay, meaning sustained winds of up to 73 mph (117 kmh)were possible within 48 hours.

"While obviously for us it's a better forecast, we can't assume that there's not going to be hazardous weather," said Miami Beach Mayor Dan Gelber.

Central Florida towns urged residents to remain alert after past hurricanes like 1992's Andrew slammed the Bahamas and then barreled straight into the peninsula's southeast coast.

On Tybee Island, a Georgia coastal barrier island, authorities put out sand for sandbags to protect against possible flooding in the marshy area.

"Our biggest concern is storm surge because the tides are really high right now," said the manager of a local restaurant, who asked not be named as he was not authorized to speak to media.

Further north, Dorchester County in South Carolina raised its alert level to make sure infrastructure and public safety crews were ready for the hurricane in the area near the historic city of Charleston.

North Carolina Emergency Management (NCEMA) said the storm was forecast to keep moving in the state's direction for the next 48 hours.

“Now is the time to prepare and assemble disaster supplies," said Katie Webster, an NCEMA meteorologist, urging people to prepare a week's supply of food and water.