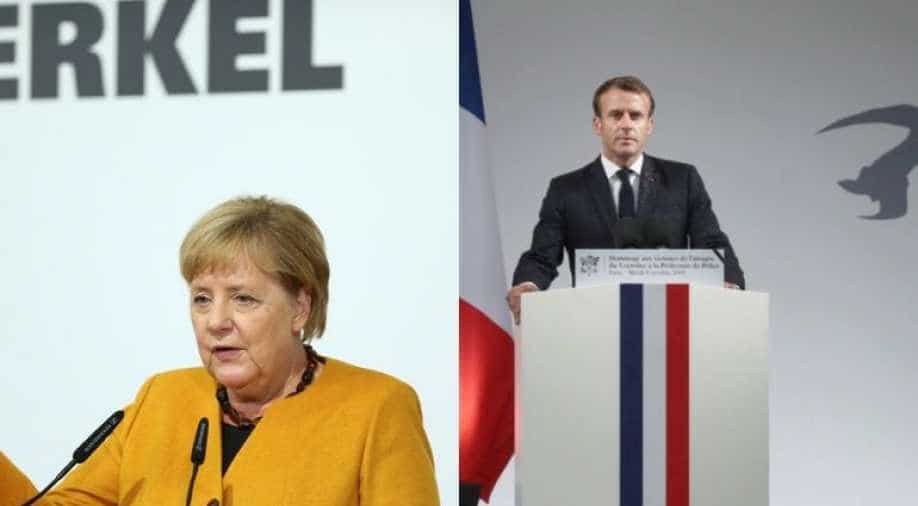 Macron's explosive comments came ahead of a NATO summit in Britain next month.

Macron "used drastic words, that is not my view of cooperation in NATO," said Merkel after talks with visiting chief of the translantic defence alliance Jens Stoltenberg.

"I don't think that such sweeping judgements are necessary, even if we have problems and need to pull together," she added.

Stoltenberg meanwhile stressed that "NATO is strong", adding that the United States and Europe "work together more than we have done for decades".

Macron's explosive comments came ahead of a NATO summit in Britain next month.

"You have no coordination whatsoever of strategic decision-making between the United States and its NATO allies. None," charged the French president.

NATO has already been hit by Turkey's latest military operation against Kurdish militia in northern Syria -- which was staunchly opposed by fellow members like France -- and President Donald Trump's lack of enthusiasm for the organisation.

"We should reassess the reality of what NATO is in the light of the commitment of the United States," he warned, adding that "In my opinion, Europe has the capacity to defend itself."

Macron argued that Europe could do this if "it accelerates the development of European defence."