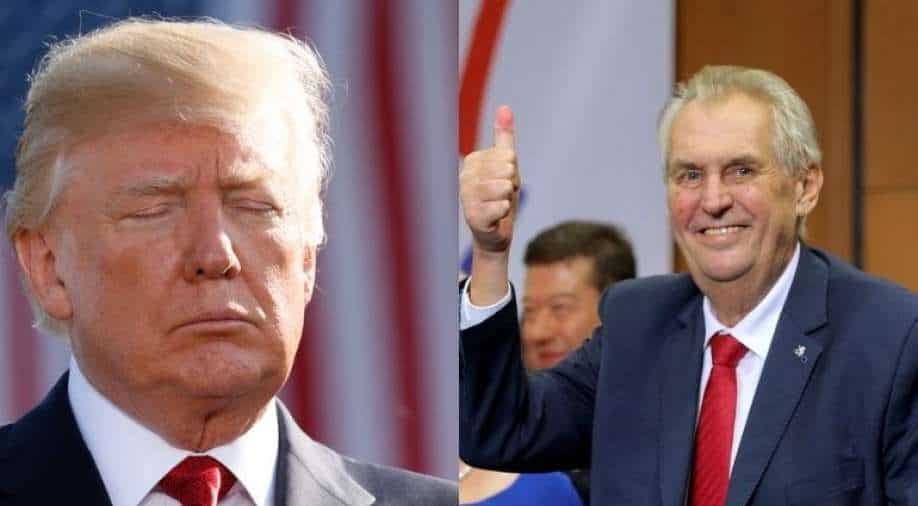 The 76-year-old leader has served two terms in his country as the President, and one as the Prime Minister

It has been a couple of weeks since the outgoing US President Donald Trump lost the race to White against his Democratic opponent Joe Biden in the US elections. However, Trump has refused to concede his defeat.

While several world leaders have congratulated the President-elect Joe Biden, the Czech President Milos Zeman has passed on a word of advice to Trump, and that is to not to be embarrassing and let Biden take the lead now, post-January.

Also read| ‘I am confident he knows he hasn't won’: Joe Biden on Trump

Talking about how Trump has still not acknowledged his defeat and is still trying to fight the system by filing lawsuits in various states, alleging the Democratic Party of voter fraud, Zeman said, "I personally believe that it would be much more reasonable to give up, not to be embarrassing, and allow the new president to take office."

The 76-year-old leader has served two terms in his country as the President, and one as the Prime Minister. He plays a major role in the country's post-communist politics. The statement was unexpected from Zeman as he has been a supporter of the Republican President in the past.

Biden achieved a historic victory against Trump in the Presidential elections that took place on November 03. However, Trump has refused to acknowledge the defeat and has consistently alleged voter fraud in the mail-in ballots. Joe Biden, recently, opened up about Trump's failing lawsuits and blamed him for sending out "incredibly damaging messages being sent to the rest of the world about how democracy functions."