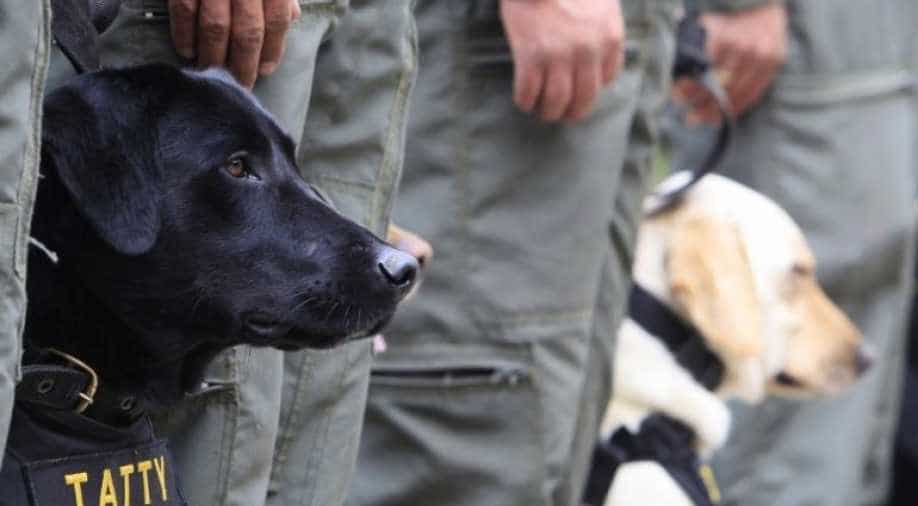 The research also revealed that the genetic patterns of dogs were almost similar to that of humans, to some extent

A study of dog DNA was conducted at the Ancient Genomics laboratory at London's Crick Institute. This study revealed that the dogs have been domesticated since the end of the last age, which is nearly 11,000 years ago. This claim has also proved that dogs were the first animal to be domesticated by human beings.

Greger Larson, author and Director of the Palaeogenomics and Bio-Archaeology Research Network at the University of Oxford, says: "Dogs are our oldest and closest animal partner. Using DNA from ancient dogs is showing us just how far back our shared history goes and will ultimately help us understand when and where this deep relationship began."

The study was conducted by leading scientists at the Francis Crick Institute, University of Oxford, University of Vienna and archaeologists from more than 10 countries and was published in the Science journal on Thursday. In this research oh ancient genomes, scientists extracted and analysed DNA from skeletal material.

Dr Pontus Skoglund, co-author of the study and group leader of the Ancient Genomics laboratory at London's Crick Institute, told BBC News: "Dogs are really unique in being this quite strange thing if you think about it when all people were still hunter gatherers, they domesticate what is really a wild carnivore - wolves are pretty frightening in many parts of the world.

"The question of why did people do that? How did that come about? That's what we're ultimately interested in."

The research also revealed that the genetic patterns of dogs were almost similar to that of humans, to some extent. The reason behind this may be that humans were accompanied by their domesticated dogs wherever they moved and shifted. However, differences do exist.

It was also observed that the diversity of dogs that exists today is mainly from the time period when human beings were hunter and gatherers as the dogs were widespread across the Northern Hemisphere by the end of the Ice Age. "Some of the variation you see between dogs walking down the street today originated in the Ice Age. By the end of this period, dogs were already widespread across the northern hemisphere,"  Skoglund said.

One thing that the scientists have not been able to figure out is the lack of similarity between human and dog diversity in some cases. The diversity in European countries was diminished by one dog, but the same was nor mirrored in human beings.

"Just as ancient DNA has revolutionised the study of our own ancestors, it's now starting to do the same for dogs and other domesticated animals. Studying our animal companions adds another layer to our understanding of human history."

The researchers have not closed the study, for now, as they still aim to find out where and in which human cultural context, dogs were first domesticated.