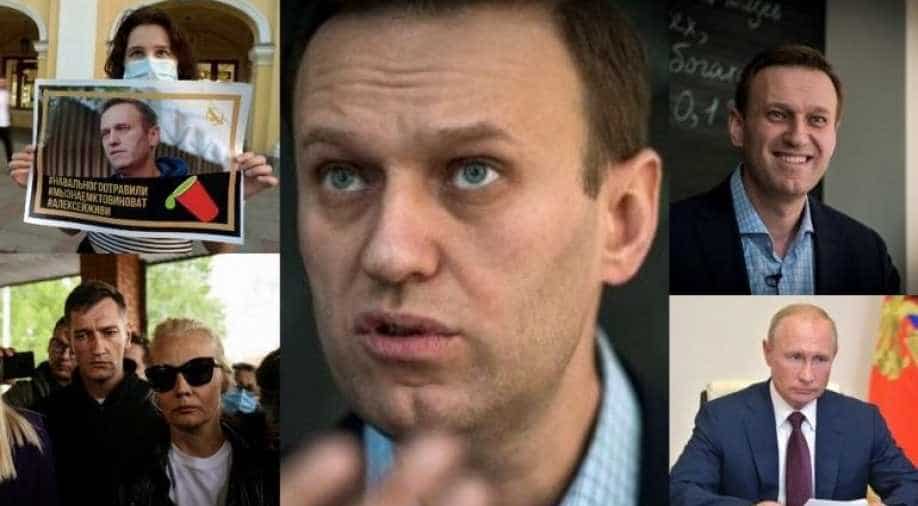 A German NGO has sent a chartered plane to evacuate Navalny from Siberia, however,  doctors have said he is too "unstable" to be moved.

As Russian Opposition leader Alexei Navalny fights for his life, medics have agreed to allow his medical evacuation from a Siberian hospital at his relatives' request, the hospital said on Friday.

"We... took the decision that we do not oppose his transfer to another hospital, the one that his relatives indicate to us," Anatoly Kalinichenko, deputy chief doctor of Omsk hospital said.

According to Reuters, Alexander Murakhovsky, the head doctor at Omsk hospital where Navalny is being treated had said earlier that traces of industrial chemical substances were found on Navalny's clothes and fingers.

Navalny, 44, was admitted to hospital after fainting in his plane. He had reportedly fallen ill after drinking tea which some said was poisoned. Navalny slipped into a coma and was put on ventilator support as doctors fight a grim battle to keep him alive.

Meanwhile, the German government said that it was trying to find a solution to Navalny's "humanitarian emergency". A German NGO has sent a chartered plane to evacuate Navalny from Siberia, however,  doctors have said he is too "unstable" to be moved.

"This is a question of a purely medical decision," President Vladimir Putin's spokesman Dmitry Peskov said. However, Navalny's spokeswoman Kira Yarmysh said the refusal to allow Navalny to fly out of Russia was a ploy to hide the poisoning and put his life at risk.

"The ban on the transportation of Navalny is needed only to play for time until the poison in his body can no longer be traced," she said, adding, "every hour of delay creates a critical threat to his life."