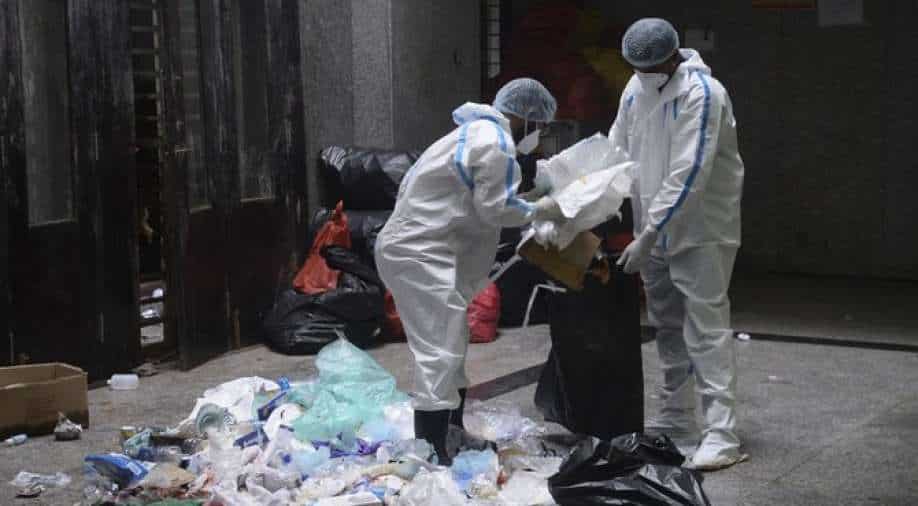 Discarded syringes, used test kits and old vaccine bottles have piled up to create tens of thousands of tonnes of medical waste, posing threat to humans and the environment, says WHO

The onset of Covid pandemic had posed several challenges over the years. From using hand gloves to relying on hand sanitisers, the virus has caused a massive cultural shift among people.

But that change has also led to the generation of medical waste in the last two years across the world.

According to a World Health Organisation (WHO) report, discarded syringes, used test kits and old vaccine bottles have piled up to create tens of thousands of tonnes of medical waste, posing threat to humans and the environment.

The 71-page document said that 87,000 tonnes of personal protective equipment (PPE) were ordered via a UN portal between March 2020 and November 2021.

Most of this equipment has likely ended up as waste, the WHO said.

It noted that a race to procure personal protective equipment (PPE) kits made countries blind towards disposing of COVID-19 health care waste safely and sustainably.

The WHO does not recommend using gloves for vaccine injections but the report said it appeared to be common practice.

Gloves, in terms of volume, constitute the greatest proportion of PPE waste of all items procured by the UN, the report said.

The report also mentions that around 140 million test kits with the potential to generate 2,600 tonnes of mostly plastic trash and enough chemical waste to fill one-third of an Olympic swimming pool.

In addition, it estimates that some 8 billion vaccine doses administered globally have produced an additional 144,000 tonnes of waste in the form of glass vials, syringes, needles, and safety boxes.