'Dirty, disgusting' depictions of Kim Jong-un's wife in leaflets may have set off a stronger anti-South rhetoric 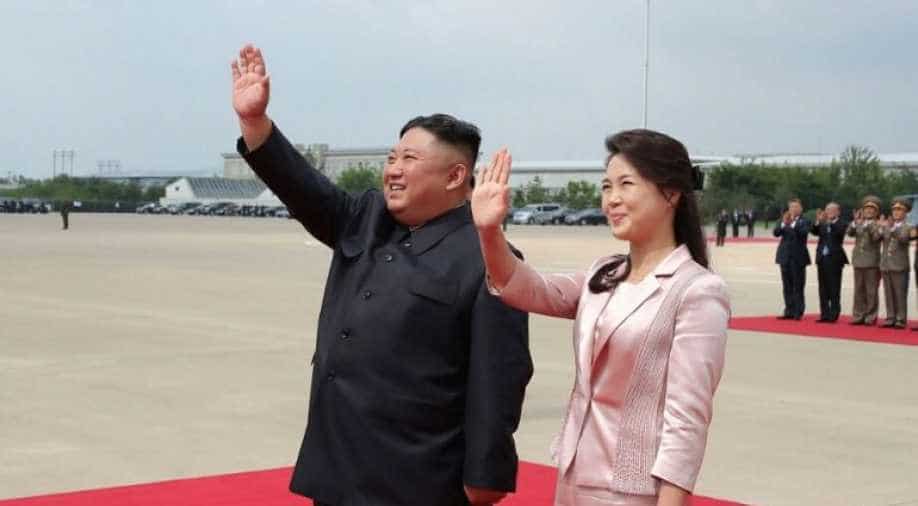 The country claimed that South Korea had been smuggling anti-Kim leaflets across the border, in a bid to increase rates of defectors emerging from the country

North Korea has upped its anti-South Korea rhetoric, and recently took it a step further by bombing a joint liaison office symbolic of Korean unity and peace.

The country claimed that South Korea had been smuggling anti-Kim leaflets across the border, in a bid to increase rates of defectors emerging from the country.

According to a Russian envoy, the leaflets have caused such a huge stir owing to the “dirty, disgusting” depictions of Kim Jong-un’s wife - Ri Sol Ju.

These leaflets are usually transported via air balloons, or in bottles. North Korea has threatened its neighbour with military action, while also reinstalling propaganda loudspeakers across the border, a kind of warfare historically employed by both countries in the “demilitarised zone”.

Russian ambassador to North Korea Alexander Matsegora recently told a Russian news agency that the leaflets have become such a sensitive issue owing to its “insulting propaganda”, which has sparked “serious outrage”.

Russia is one the key allies of North Korea, and Matsegora one of the longest serving Russian ambassadors.

"The leaflets bore a special kind of dirty, insulting propaganda, aimed at the leader's spouse," Matsegora said in conversation with Russia's TASS news agency on Monday, June 29. He further claimed that the photos were edited “in such a low-grade way”, serving as the “last straw” for Kim.

The first meeting between the two leaders was set-up by South Korean President Moon Jae-in. Currently, North Korea faces multiple sanctions by the United Nations over its banned weapons programmes.

Matsegora additionally said that Kim’s younger sister was not being trained to take over Kim Jong-un. Recently, reports suggested that the Korean leader faked his death to test the allegiance of his close aides. International media reported that he was actually dead until he abruptly resurfaced.

Kim Yo Jong, the leader’s sister has been one of his recent key advisers. In fact, it was she who warned about “completely” destroying the liaison office and referred to South Korean president as “disgusting”.

US President Donald Trump has been for long attempting to denuclearise the peninsula, but efforts fell apart last year, even though Trump had referred to Kim as a “good friend”. As part of the deal, Trump wanted Jong-un to stop making nuclear weapons in exchange for loosening sanctions.