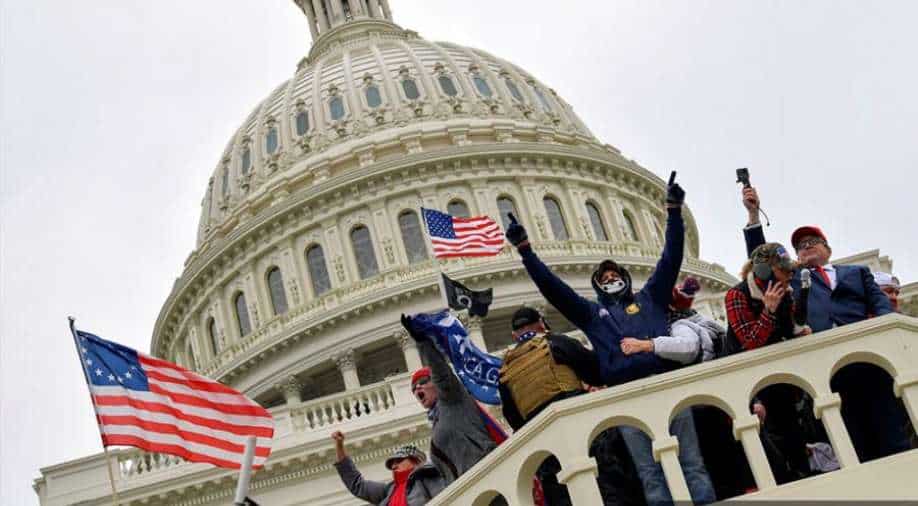 This is a file photo when a mob of supporters of ex-President Donald Trump attacked the US Capitol in Washington, US. Photograph:(Reuters)
Follow Us

While the report clearly states that the law enforcement and police forces failed miserably, it does not answer the questions of the origin of the riots

An investigation into the January 06 Capitol riots has concluded that the government, military and law enforcement failed miserably at controlling the situation — before and after the riots.

The Senate report claims the soldiers on the front were left directionless by their seniors, resulting in brain injuries, chemical burns and broken bones in several officers who were trying to control the raging supporters of former President Donald Trump.

"I was horrified that no deputy chief or above was on the radio or helping us," an officer told the investigating committee anonymously. "For hours the screams on the radio were horrific, the sights were unimaginable and there was a complete loss of control … For hours no chief or above took command and control. Officers were begging and pleading for help for medical triage."

While the report clearly states that the law enforcement and police forces failed miserably, it does not answer the questions of the origin of the riots.

"This report is important in the fact that it allows us to make some immediate improvements to the security situation here in the Capitol," said Michigan Senator Gary Peters, the chairman of the homeland security and governmental affairs committee. "But it does not answer some of the bigger questions that we need to face, quite frankly, as a country and as a democracy."

The Senate report claims that as the officers in the US Capitol building tried to control the situation with their limited resources and repeatedly begged for help, the Pentagon spent hours "mission planning" a combat technique and wasted immense time and resources in getting rid of multiple layers of approval.

Alleging that nobody in the higher authority really understood their duties and responsibility, through this report, the Capitol police board has been advised to "regularly review the policies and procedures" and Congress has been urged to immediately grant more authority to the police chief.

The investigation also concluded that the Capitol Police’s system completely broke down during the riot which was due to lack of leadership, faulty equipment, poor planning and lack of on-the-spot thinking.

"USCP leadership never took control of the radio system to communicate orders to frontline officers," the investigation stated. However, the acting chief of police, Yogananda Pittman claims the lack of communication was a result of "incident commanders being overwhelmed and engaging with rioters, rather than issuing orders over the radio".

While the report alleged the higher authorities of poor handling of the situation, the Senate appreciated the officers present in the building on January 06 and said, “the officers inside all behaved admirably and heroically and, even outnumbered, went on the offensive and took the Capitol back”.