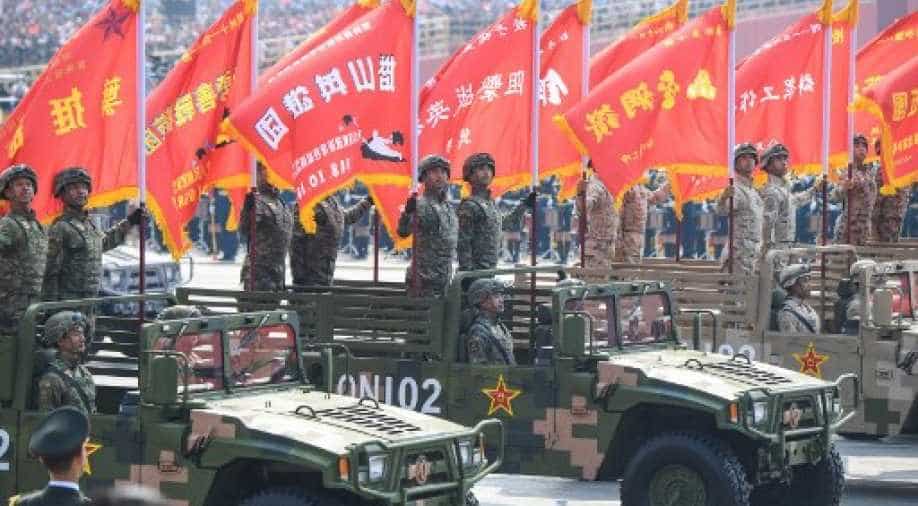 Reports in China say that the country's top manufacturer of military vehicles Dongfeng Motors may have cheated the government.

Indian soldiers were seen hitting the windows, smashing a Chinese Dongfeng - a military vehicle which is the mainstay of the Chinese forces.

The video had gone viral when tensions between India and China were high at the border. In fact, the Indian army had confirmed in May that the video has no link with the India-China border standoff.

#Gravitas | A Chinese netizen had to apologize after claiming that sub-standard vehicles led to the death of soldiers during clash with Indian troops. PLA says the netizen was spreading rumours. But the story triggered a wave of fresh claims on Chinese internet. @palkisu has more pic.twitter.com/kUHeHF9z6J

Netizens in China have been claiming that the Humvees used by the Chinese military are "hollow". There is speculation that the Chinese Dongfeng failed to protect the lives of Chinese soldiers in Galwan. Beijing still hasn't disclosed the number of its soldiers killed in Ladakh during the clash on June 15.

Reports in China say that the country's top manufacturer of military vehicles may have cheated the government. It is a very serious allegation for any country, especially for China.

The report was published on the website of the Chinese military. It says that a Netizen in China, a man named Zhou had to apologise. Apologise for what? Spreading rumours, said the website.

Zhou had uploaded a post on WeChat. He said the Dongfeng Humvee had failed to protect China's soldiers. Zhou asserted that the poor quality of these vehicles led to the death of PLA troops on the India-China border. The post was published on August 4 and within days, the Dongfeng company reported Zhou to the police. He was arrested and made to apologise.

The Chinese military has now published an apology from Zhou. A letter allegedly signed by Zhou claims that his post was a lie. He now says his claims on the Chinese Dongfeng was just a rumour and that he is sorry. The post should have settled the issue but it did not as the story spread to other Chinese websites who began featuring stories about the Dongfeng.

In another post, a report claimed that one official of the Dongfeng Motor group is facing disciplinary action for allegedly violating “party discipline”. However, there is no mention of the India-China border standoff.

Another Chinese website made a similar claim. Sohu.com, a Chinese internet services company claimed not one, but two officials of the Dongfeng company have been facing anti-corruption investigations. Again, there was no mention of the India-China border standoff but both stories were published in June when the border tensions were at their peak.

There is only one piece that makes a clear connection between the standoff and the Humvees. It is from the Apple daily, a tabloid that is published from Hong Kong. It said poor quality steel could have been used to build these Humvees. There is also a quote from a commentator who says the claims around the faulty vehicles is believable. The owner of Apple daily was arrested under the sedition law.

These pieces are part of the chatter online. So far, there is no clinching proof that can conclusively link the substandard military vehicles to casualties in Galwan Valley but such claims are not new, neither is the corruption in Chinese military contracts.

The Dongfeng Humvee represents everything that is wrong with China. First, the military vehicle is a copy of the Hummer but a legal one. The car is built by the Dongfeng Motor group - a car-making company that is owned by the Chinese state. Hummer is a famous truck and SUV brand of the West. China's Dongfeng reportedly has the licence to remake the Hummer and supply it to the Chinese military.

Dongfeng has faced corruption charges earlier, however once again the details are sketchy but in 2015, a general manager of Dongfeng was under investigation for “severe violation of discipline". Now, the company is facing similar charges again. It could be about the clashes at the border or something else.

In China, the truth is always obscure. Military contracts, like most things, are hidden behind smoke and mirrors. China does not admit to military casualties and it won't admit to military corruption even as multiple reports have emerged below the radar. The state has felt the need to clamp down on them, make high profile arrests and make people issue apologies but it points to only one thing - another cover-up in progress.