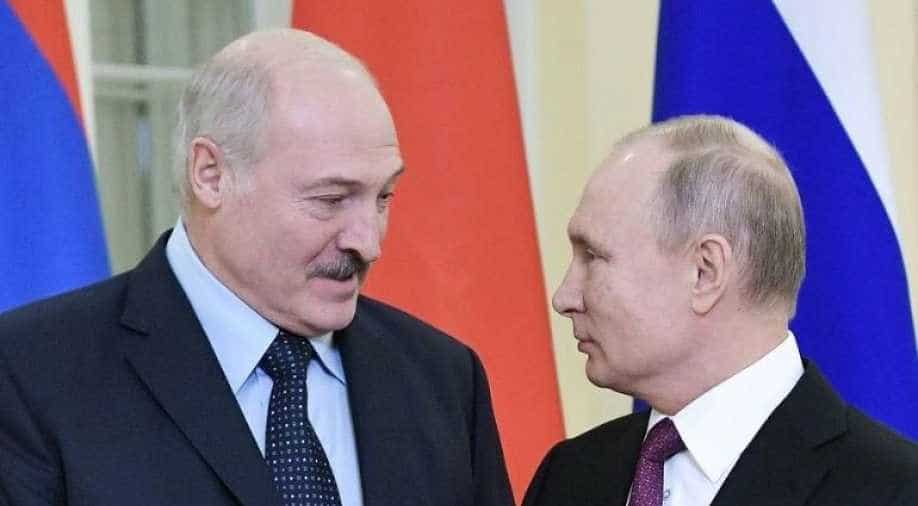 Our world leaders have learnt the lesson of remaining defiant in the face of storm quite well.

When problems come knocking at the door, they switch on the showmanship mode.

Putin took a ride on the new road together with the main technical expert of the constructor company.
In one of his comments, Putin suggested that the road should be equipped with more turnoffs for those who come to the seaside.

Russia has spent heavily to integrate Crimea into its territory, and it has been the focus of espionage and military tensions since its annexation.

On the other hand Belarusian President Alexander Lukashenko made a dramatic show of defiance against the massive protests demanding his resignation, toting a rifle and wearing a bulletproof vest as he strode off a helicopter that landed at his residence while demonstrators massed nearby.

There are massive protests against him --- not just in Belarus, but also in neighbouring Lithuania.

Our leaders feel the need to always project themselves as fit. Some leaders-- take it a step forward.

They like being called superhuman and cool. Come trouble, and they are at their defiant best.