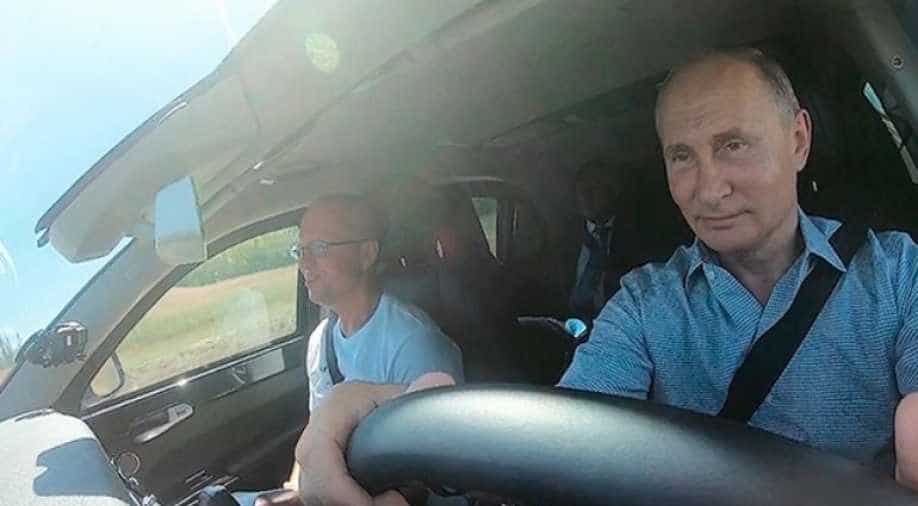 Since the beginning of the novel coronavirus outbreak in March, Vladimir Putin worked in Kremlin or Novo-Ogaryovo, rarely left Moscow.

Putin took a ride on the new road together with the main technical expert of the constructor company. In one of his comments, Putin suggested that the road should be equipped with more turnoffs for those who come to the seaside.

The construction of Tavrida road, linking main Crimean cities, was launched in 2017 and its total length is estimated slightly over 250 km.

During his working visit to Crimea, Vladimir Putin took part in the launch of motor traffic on the finished sections of the Taurida motorway https://t.co/1M0NDQPHl3 pic.twitter.com/umnUjmuui9

Since the beginning of the novel coronavirus outbreak in March, Vladimir Putin worked in Kremlin or Novo-Ogaryovo, rarely left Moscow.

In July he revealed the World War II memorial near the city of Rzhev, about 200 km from the Russian capital, and visited the Crimean port of Kerch.

Russia has spent heavily to integrate Crimea into its territory, and it has been the focus of espionage and military tensions since its annexation.

The Ukrainian Foreign Ministry said on Thursday that Putin's visit to Crimea was an act of violation of Ukraine's sovereignty and territorial integrity.