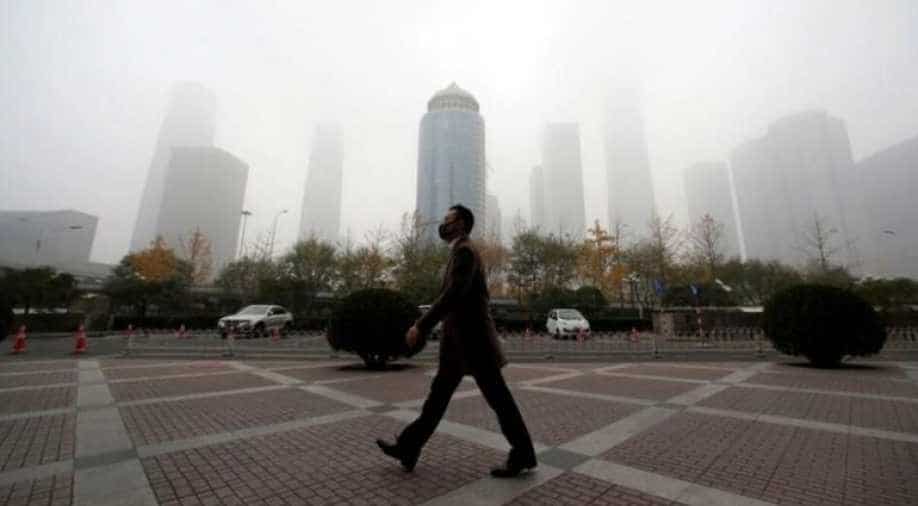 An environment ministry report released at the briefing also criticised the US — currently in the process of pulling out of the 2015 Paris Agreement on global warming.

Beijing on Wednesday accused developed countries including the US of doing too little to curb global warming, ahead of a UN summit discussing controversial issues including climate compensation.

China is the world's second-largest economy and the biggest emitter of carbon dioxide but has repeatedly argued that developed nations should lead on tackling international climate obligations.

An environment ministry report released at the briefing also criticised the US — currently in the process of pulling out of the 2015 Paris Agreement on global warming.

"These unilateral behaviours seriously harm the global community's willingness and trust in tackling climate change together," the report says.

The US generated more oil and gas than any other nation last year and is the world's number two coal producer after China.

The $100 billion -- which China has said it is entitled to part of -- was a nonbinding accompaniment to the Paris Agreement and was the annual amount that rich countries pledged to muster by 2020.

The incoming European Commission chief has called for the EU to adopt a carbon border tax that would impose higher tariffs on imported goods made through greenhouse gas-intensive processes.

But China's report said carbon border taxes currently being considered by "some developed countries" would "seriously harm" the global community's willingness to tackle the issue.

Zhao was speaking a week ahead of a Madrid summit to discuss the UN Framework Convention on Climate Change — based on the principle all nations must give proportionately to mitigate climate change.

The UN said Tuesday the world will miss its chance to avert climate disaster without an immediate and all-but-impossible fall in fossil fuel emissions.

Climate groups said Monday the US and Europe bear more than half the cost of repairing the existing environmental damage, based on their historic greenhouse gas emissions.

Beijing said Wednesday it had reduced carbon emissions intensity by 45 per cent between 2005 and 2018.

But China's absolute carbon emissions have continued to rise, according to Tuesday's UN report.

A separate study earlier this month warned that Beijing's planned coal powerplants were equivalent to all of the EU's current generating capacity.

US Democratic presidential polls held in Wisconsin despite coronavirus crisis