Despite George Floyd verdict, US still needs to fight hard the 'racism virus' 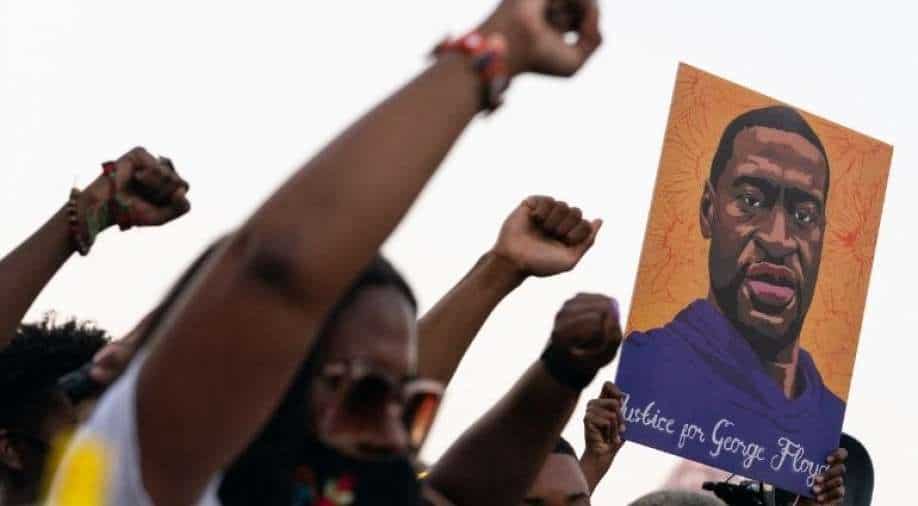 As the verdict was being announced, the US felt the sting of another killing, a Black teenage girl who was shot dead by white cops in Columbus, Ohio

Derek Chauvin, the white police officer, has been proven guilty for the murder of George Floyd.

It's a watershed moment not just for Americans, but for millions around the world.

All the people who were mobilised after seeing the video of Floyd's death now celebrate this 'historic' verdict.

However, there are some questions that need answers.

What does the verdict really change? Does it put an end to racism? Does it eradicate the disproportionate use of force?

As the verdict was being announced, the US felt the sting of another killing, a Black teenage girl who was shot dead by white cops in Columbus, Ohio.

It tells you that the US's pandemic of racism is far from being over.

Let's first look at some reactions to the verdict of Floyd's murder.

"This is a stunning moment in history", Eliza Orlins, candidate for Manhattan district attorney said.

"With the verdict today, I feel like a weight lifted off my shoulders," Semhra Solomon, Minneapolis area resident, said.

"No one should be above the law. And today's verdict sends that message," US President Joe Biden said.

US Vice President Kamala Harris said: "Today we feel a sigh of relief. Still, it cannot take away the pain."

The US is breathing a sigh of relief and the world can't help but discuss it.

The news is truly worthy of global coverage because it's rare for a white American cop to be convicted for the murder of a Black man.

However, when Chauvin was being pronounced guilty, 764 miles away in Columbus, Ohio, a Black teenager was shot dead by white cops.

Makiyah Bryant was trying to fend off a physical assault by a group of adult women.

She called the police and picked a knife to defend herself.

When the cops arrived, they shot Bryant instead, assuming her to be the assailant.

Let's listen to the conversation during her killing.

Officer's voice: "She had a knife. She just went at her."

Officer's voice: "She came at her with a knife."

Another black life has been lost and another hashtag has been born: #JusticeForMakiyahBryant.

Yet another protest has begun.

Will Bryant get justice just as Floyd did?

There's no guarantee and the figures tell us the reason.

The rate of police shooting between 2015 and 2021 also shows a disparity based on ethnicity.

And for White Americans, the figure is just 14 police shootings per million of the population.

The conviction of Chauvin is indeed a pivotal moment and undoubtedly calls for a celebration.

But, it will take far more than one conviction to eradicate the virus of racism in America.