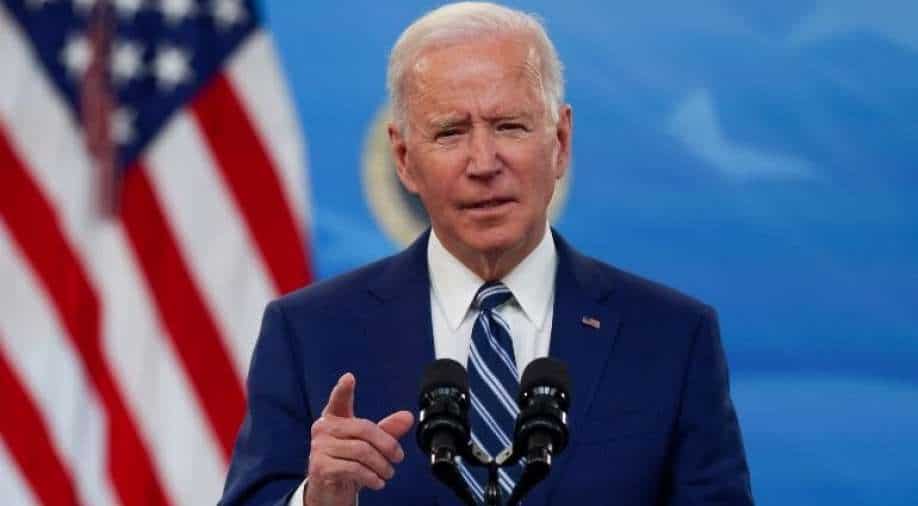 Biden spoke out after a jury in the Midwestern city of Minneapolis found Derek Chauvin guilty of intentionally suffocating handcuffed George Floyd as he lay defenceless, with the officer's knee pressing on his neck for more than nine minutes

US President Joe Biden called systemic racism a "stain on our nation's soul" in a televised address to the nation on Tuesday after a white former police officer was convicted of murdering a Black man during an arrest.

Biden spoke out after a jury in the Midwestern city of Minneapolis found Derek Chauvin guilty of intentionally suffocating handcuffed George Floyd as he lay defenceless, with the officer's knee pressing on his neck for more than nine minutes.

The president called for "confronting head on systemic racism and the racial disparities that exist in policing and our criminal justice system" but pleaded for protesters to steer clear of violence.

"There are those who will seek to exploit the raw emotions in the moment -- agitators and extremists who have no interest in social justice," he warned. "We can't let them succeed."

A jury deliberated less than 11 hours before finding the 45-year-old Chauvin guilty of all three charges against him -- second-degree murder, third-degree murder and manslaughter.

The unanimous verdict came after a racially charged three-week trial that was seen as a pivotal test of police accountability in the United States.

Appearing alongside Biden, Kamala Harris, America's first Black vice president, spoke first to articulate the "relief" the nation was feeling over justice being served but acknowledged that the result couldn't "take away the pain" of Floyd's murder.

"A measure of justice is not the same as equal justice. This verdict brings us a step closer. We still have work to do. We still have to reform the system," she said.

She vowed to work with Biden to urge the Senate to pass "long overdue" legislation on police accountability, saying Black men had been treated as "less than humans" throughout US history.

"Here is the truth about racial injustice: It is not just a Black America problem or a 'people of color' problem. It is a problem for every American," she said.