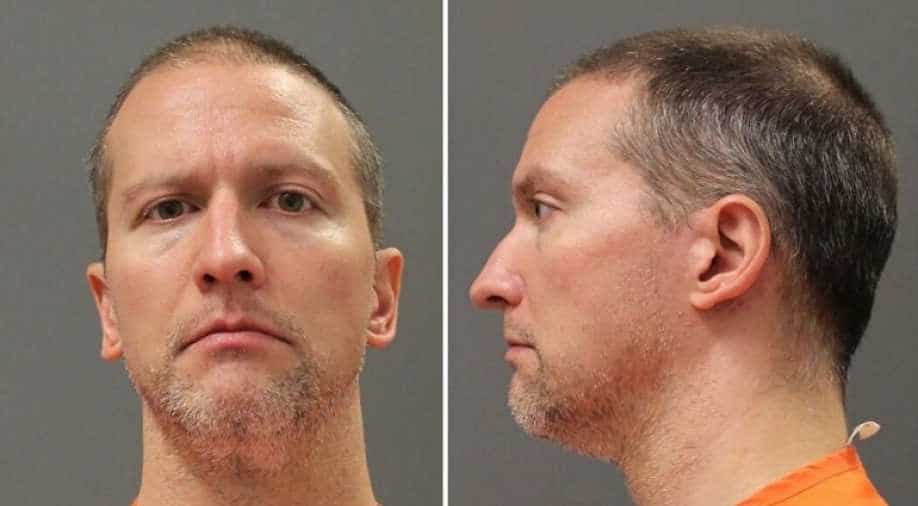 Former Minneapolis police officer Derek Chauvin poses for an undated booking photograph taken after he was transferred from a county jail to a Minnesota Department of Corrections state facility Photograph:( Reuters )

Former Minneapolis police officer Derek Chauvin has asked a judge to dismiss murder charges against him in the death of George Floyd.

According to the court papers submitted by Chauvin's attorney on Friday, there is not probable cause to support charges of second-degree murder, third-degree murder and second-degree manslaughter. They argued that Floyd's alleged drug use, not the improper use of force by the officer, was to blame for his death.

Prosecutors are seeking stiffer-than-usual sentences for four former US police officers charged over the killing of George Floyd, arguing that they showed "particular cruelty" to the handcuffed African American.

The 46-year-old resident of Minneapolis, Minnesota died in May after being pinned to the pavement under the knee of white officer Derek Chauvin as Floyd gasped that he could not breathe.

The case is proceeding amid renewed fury over police violence against African Americans, galvanized by the shooting of Jacob Blake in Wisconsin this week.

Court papers filed Friday in the Floyd case indicate that the Minnesota attorney general's office will argue there were a number of aggravating factors.

These include evidence that Chauvin knelt on Floyd's neck for almost nine minutes as bystanders, including multiple children, pleaded for his life and then watched him die.

"George Floyd, the victim, was particularly vulnerable because officers had already handcuffed him behind his back and then placed him chest down on the pavement, and Mr. Floyd clearly and repeatedly told the officers he could not breathe," the court documents state.

Chauvin inflicted "particular cruelty," as well as "gratuitous pain" as he abused his position of authority, prosecutors allege.

"Despite Mr. Floyd's pleas that he could not breathe and was going to die, as well as the pleas of eyewitnesses to get off Mr. Floyd and help him, (the) defendant and his co-defendants continued to restrain Mr. Floyd," the papers say.

The shockingly public nature of Floyd's death, which bystanders filmed and then posted on social media, sparked an enormous mobilization nationwide, as protesters took to the streets to denounce racism and police brutality.

The groundswell of outrage reached beyond American borders, prompting huge demonstrations around the world against the mistreatment of ethnic minorities and the rewriting of colonial history.

The face of Floyd, a father-of-three whose last job was as a security guard, has become a symbol brandished in anti-racist marches everywhere.