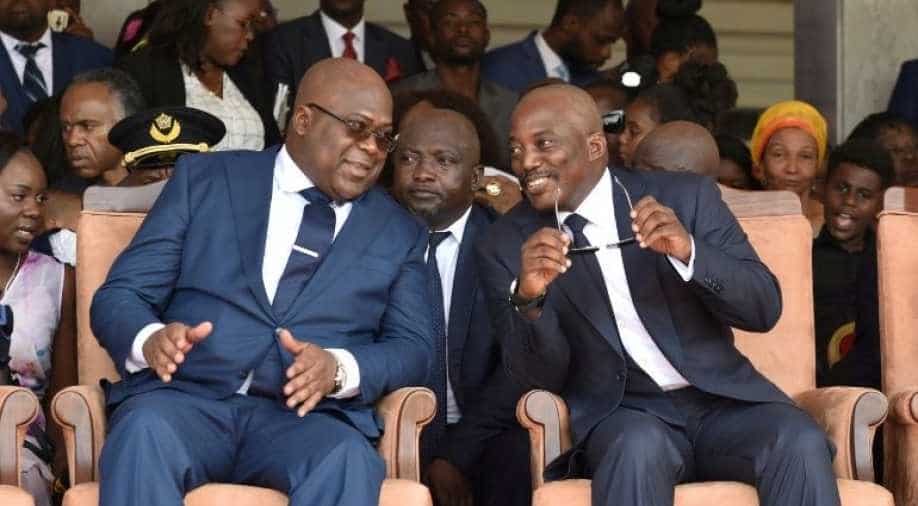 The power-sharing agreement will see the majority of the 66 members drawn from former president Joseph Kabila's Common Front for Congo.

The Democratic Republic of Congo announced a coalition government Monday, seven months after the inauguration of new President Felix Tshisekedi.

"The government is finally here. The president has signed the decree and we will begin work soon," Prime Minister Sylvestre Ilunga told reporters before the members of the new government were announced by the president's spokesman.

The power-sharing agreement will see the majority of the 66 members drawn from former president Joseph Kabila's Common Front for Congo.

Tshisekedi's coalition Direction For Change was expected to account for most of the remainder of the posts.

Forming the coalition had taken time as both sides had to "remove everything that could be an obstacle to the functioning of the government", said Ilunga.

The executive will have a female vice prime minister, minister for foreign affairs and minister for planning, Ilunga said.

There are a total of five vice prime ministers.

"Eighty-three per cent of men and 17 per cent of women" make up the government," Ilunga said.

"This percentage is still feeble but it is balanced by the importance of the portfolios attributed to women."

Around three-quarters of members were serving in government for the first time, he added, hailing this as an "important innovation".

Tshisekedi emerged victorious in elections that marked the Democratic Republic of Congo's first peaceful transition of power since the mineral-rich nation gained independence from Belgium in 1960.

The unstable country's politics remain overshadowed by Kabila, who amassed extensive clout after 18 years in power.