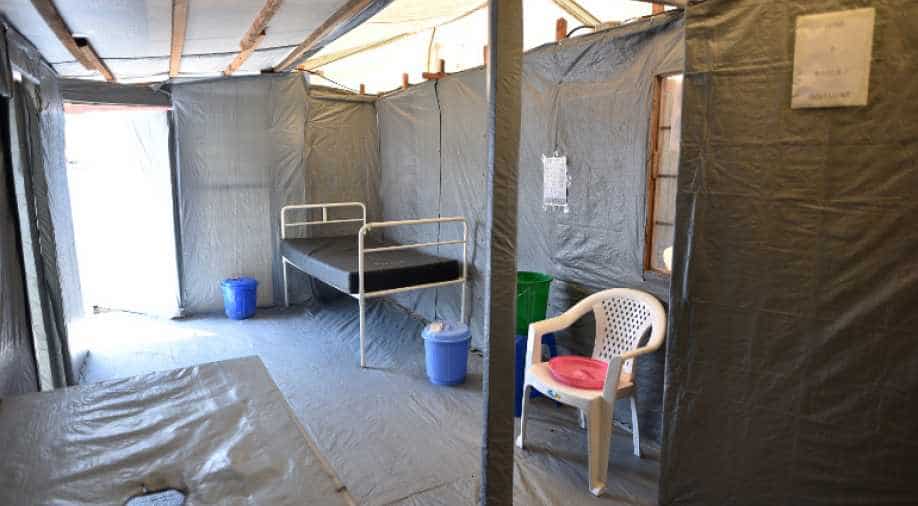 A general view shows the triage prepared for the patients who will test positive for ebola, within the General Hospital in Goma, Democratic Republic of Congo, July 15, 2019. Photograph:( Reuters )

The patient was a priest who became infected during a visit to the town of Butembo, one of the epicentres of the outbreak, before taking a bus to Goma, according to Congo`s health ministry

The first Ebola patient in eastern Democratic Republic of Congo's largest city, Goma, has died, the government said on Tuesday.

The spread of the virus to Goma, a city of roughly 1 million people on the border with Rwanda, has raised fears the outbreak, which is already the second deadliest Ebola epidemic ever, could spread more widely.

The patient was a priest who became infected during a visit to the town of Butembo, one of the epicenters of the outbreak, before taking a bus to Goma, according to Congo`s health ministry.

He was being driven from Goma to a clinic in Butembo on Monday to receive treatment when he died, North Kivu province`s Governor Carly Nzanzu told an Ebola response meeting.

The World Health Organization (WHO) said on Monday that health officials had identified 60 people who had come into contact with the pastor since he was taken ill and that half of them had been vaccinated.

Goma, a lakeside city more than 350 kilometers (220 miles) south of where Ebola was first detected a year ago, is the largest city to be affected by the outbreak, which has infected more than 2,500 people and killed nearly 1,700.

Three Ebola cases that originated in Congo were confirmed in neighboring Uganda a month ago, but no new cases have since been registered in that country.