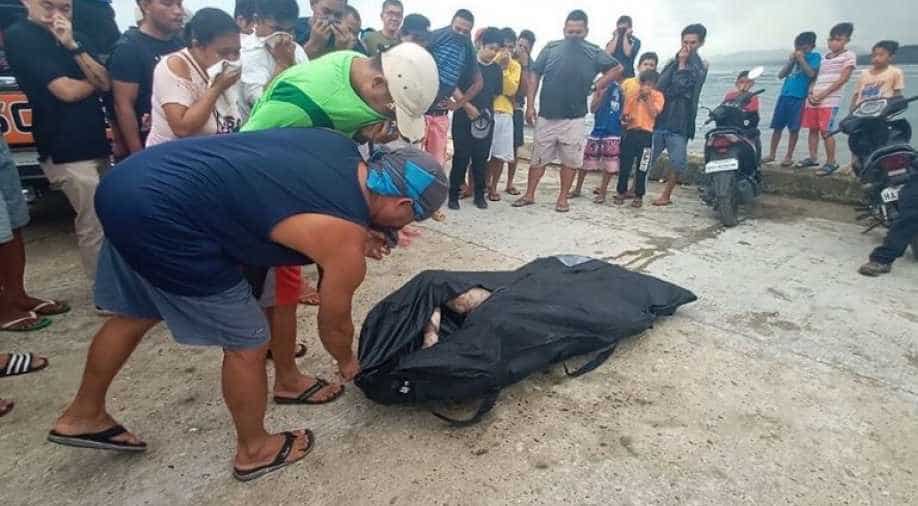 Residents attempt to identify a body, believed to be one of several fishermen who went missing at the height of Typhoon Phanfone that pummelled the central Philippines on Christmas Day, in Borongan, Eastern Samar province on December 27. Photograph:( AFP )

The number of people killed by a powerful storm that pummeled the central Philippines over Christmas has risen to 50, authorities said Tuesday, making it the nation's deadliest storm of 2019. 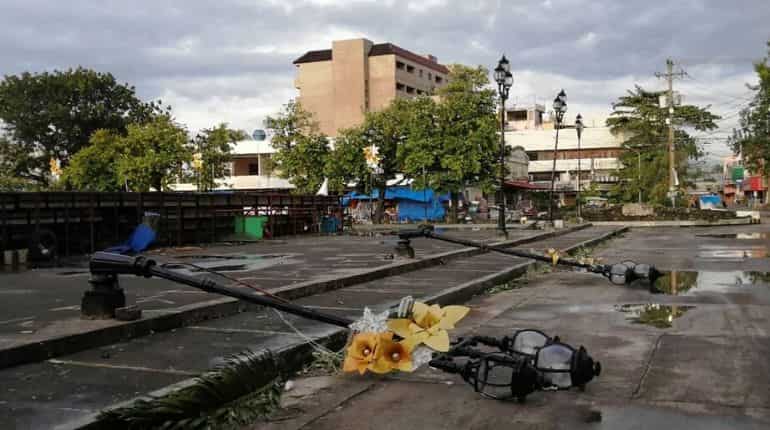 At least 80,000 remain in emergency shelters and might have to stay until the New Year, given the scale of destruction.

"We're sad that some of our countrymen are still in evacuation centers, but we assure them they will continue to receive support until they get back on their feet," national disaster agency spokesman Mark Timbal told AFP.

Five people are still missing after the storm, which also left 143 injured.

The death toll up from 41 on Sunday included three sailors who died after their vessel capsized, a policeman electrocuted by a toppled post, and a man struck by a falling tree.

Typhoon Phanfone, locally called Ursula, was the 21st cyclone this year to hit the storm-prone Philippines. Many of the storms wipe out harvests, homes, and infrastructure, keeping millions of people in perpetual poverty.