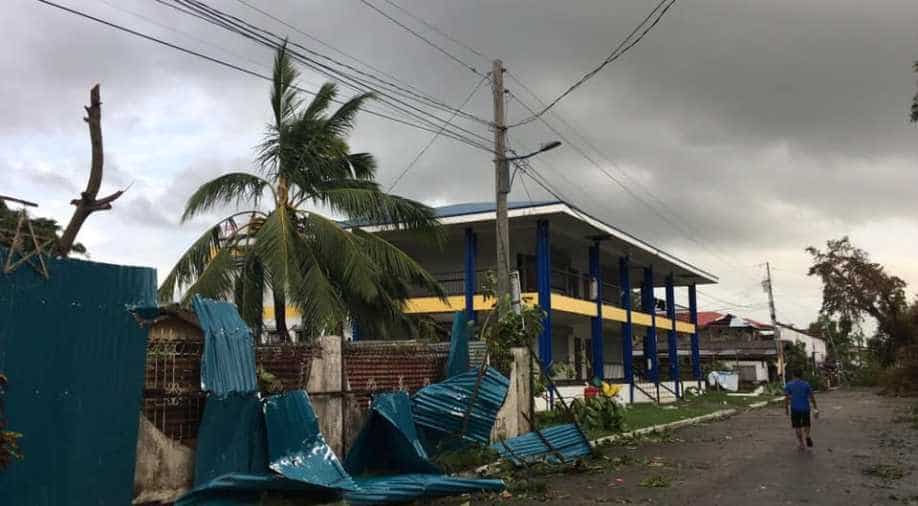 Authorities said at least six people were missing with several thousand evacuated from the affected area.

At least sixteen people were killed as Typhoon Phanfone devasted the Philippines on Christmas Day.

The typhoon rated as category 2 brought strong gusts of winds and rains as it made landfall in the eastern province of the Philippines.

Most of the casualties occurred in central Philippines, disaster agency officials said.

Authorities said at least six people were missing with several thousand evacuated from the affected area.

Christmas celebrations had to be cut short as over 16,000 people were moved to shelters as the typhoon hit the country. In eastern Visayas region located in central Philippines over 4,000 people had to be moved out by authorities.

Several thousand passengers and ships in ports with ferry services still shut down around the country and domestic flights cancelled as the country the full force of Typhoon Phanfone.

In Cebu located on the north several houses were destroyed as the typhoon barrelled through the region. People were deprived of good meals on Christmas Day spending the night at evacuation centres while surviving on soup, tinned fish and instant noodles.

However, according to forecasters Typhoon Phanfone is expected to exit the country today.

Philippines which is located on the Pacific cyclone belt experiences typhoon and storms regularly throughout the year, however, the storms have destroyed large tracts in recent years with the devasting force.