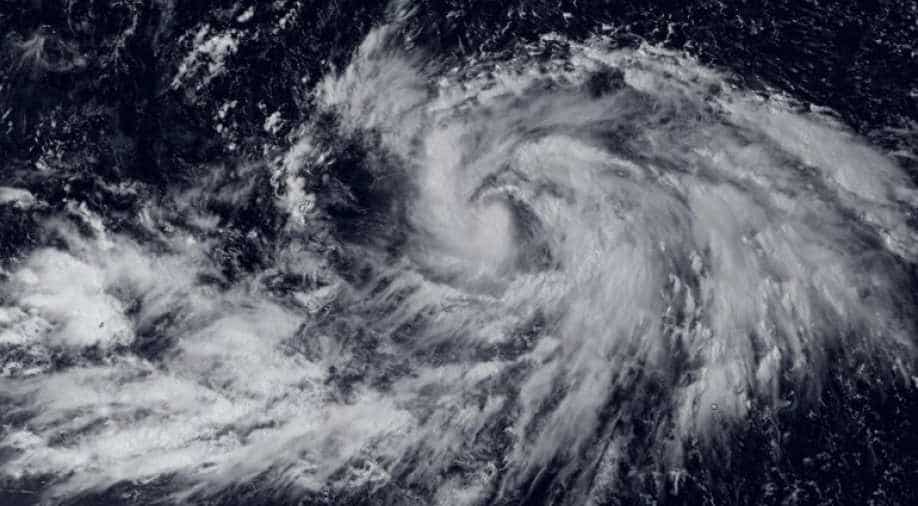 Typhoon Phanfone made landfall in the central island Samar in the Philippines on Tuesday, with no reports of any casualties so far.

Typhoon Phanfone smashed into the central Philippines on Tuesday, leaving thousands of people unable to get home for the Christmas holidays and forcing many others to evacuate in the face of the onslaught.

The tropical storm was upgraded to a typhoon shortly before it made landfall on Christmas Eve in the mainly Catholic nation, but early reports indicate there had been no casualties so far.

It struck the southern tip of the impoverished island of Samar in the afternoon with gusts of up to 150 kilometres an hour that snapped branches off trees and knocked down power pylons and mobile phone relay towers.

"(There are) no signs of heavy damage except for houses made of light materials," Ben Evardone, the governor of Eastern Samar province, adding there were no casualties there.

Just under 1,700 people were evacuated from coastal areas as well as those prone to flooding and landslides, according to sources.

"Some families are reluctant to evacuate because they want to celebrate Christmas at home, but local officials will force them out if they refuse to heed our warnings," said regional civil defence official Reyden Cabrigas.

Phanfone, Laotian for "animal", was forecast to cut across the central islands through Christmas Day Wednesday before roaring out to the South China Sea.

All boats on the storm's projected path through the central islands were ordered to stay in port and many commercial flights were cancelled, stranding thousands of people who were trooping to their hometowns.

Though much weaker, Phanfone was tracking a similar path as Super Typhoon Haiyan, the country's deadliest cyclone on record which left more than 7,300 people dead or missing in 2013.

More than 23,000 ferry passengers trying to get home for the Christmas holidays have been stranded at ports as shipping shut down, the coast guard said Tuesday.

The state weather service said Phanfone would bring moderate to strong winds over the capital Manila on Christmas Day.

The Philippines is the first major landmass facing the Pacific cyclone belt.

As such, the archipelago gets hit by an average of 20 storms and typhoons each year.

Strong winds and associated dangers such as floods, landslides, and -- more rarely -- giant walls of seawater kill scores of people each year, wipe out harvests and destroy roads, bridges, power lines and other infrastructure.

A July 2019 study by the Manila-based Asian Development Bank said the most frequent storms lop one percent off the Philippine economic output, with the stronger ones cutting output by nearly three percent.