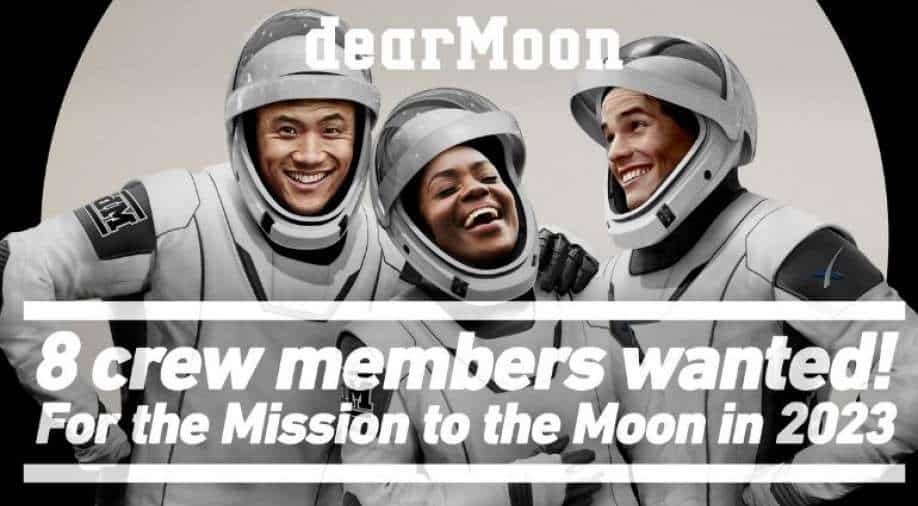 From buying land spaces on mars to building space hotels by 2027, people have been coming up with strange, but interesting, ideas. One more addition to this list is an exclusive invite to a private lunar expedition.

A Japanese billionaire is giving people a once in a blue moon kind of opportunity by sending out invitations to eight people from around the world for a private lunar expedition.

Get your FREE TICKET to the MOON!!
8 crew members wanted. Sign up today! 🚀🌍🌕 #dearMoon https://t.co/P0vEZ6k8Xg

Yusaku Maezawa, a fashion tycoon, was the first human being to book a spot aboard the lunar spaceship being developed by Elon Musk's SpaceX.
Maezawa had booked his spot back in 2018, but the amount he paid to get the exclusive spot has not been disclosed yet.

The online fashion tycoon had earlier expressed hopes to take six artists with him on this trip, which is expected to launch in 2023.

Watch this video to learn more about the selection process. It also contains a special message from @elonmusk #dearMoon

However, on Wednesday, he posted a video and a signup link informing people that he is accepting applications to find the right candidates who will fly to the moon with him.

"I'm inviting you to join me on this mission. Eight of you from all around the world. The mission will take two years from now, in 2023. I want people from all kinds of background to join," he can be heard saying in the video message.

In all, he said around 10 to 12 people will be on board the spaceship, which is expected to loop around the Moon before returning to Earth. "I have bought all the seats, so it will be a private ride," he added.

While there is no listed deadline to this, as of now, the application involves an assignment and an online interview, The final interviews and medical checkups are scheduled for May 2021, though.

SpaceX owner Elon Musk, too, dropped in a message at the end of the video saying, "I think we'll make a real difference"