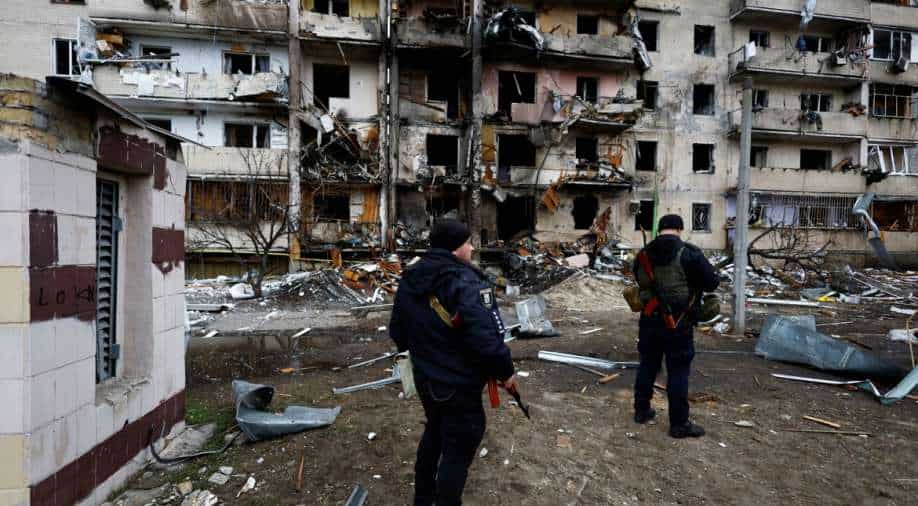 Even though Kremlin acknowledged that there were 'killed and injured' soldiers among its troops in Ukraine, it didn’t reveal how many died there

More than 5,000 people, including military personnel and civilians, have lost their lives so far as the Russian assault on Ukraine entered the fifth day on Monday.

The conflict began on Thursday after Russia’s President Vladimir Putin ordered wide-ranging attacks on Ukraine, hitting multiple cities and bases with air raids or shelling, and attacking by land and sea.

On Sunday, Ukraine’s health ministry claimed that at least 352 civilians, including 14 children, have been killed since the Russian invasion began.

The capital Kyiv, however, under a strict state-of-war curfew, continues to be on the edge as the sounds of gunfire and blasts periodically reverberate through the city.

The United Nations said late on Saturday that it has confirmed at least 240 civilian casualties from the fighting, including at least 64 people killed, though it believed the “real figures are considerably higher” because many reports of casualties remain unconfirmed.

The UN said that by Saturday at least 134 from the Ukrainian military had been killed.

On the other hand, there are no actual figures available for Russian troops casualties.

Even though Kremlin acknowledged that there were "killed and injured" soldiers among its troops in Ukraine, it didn’t reveal how many died there.

Russian Defence Ministry spokesman Maj Gen Igor Konashenkov on Sunday said, “There are dead and wounded among our comrades”, without giving any numbers.

He added that Russia's losses were “many times” fewer than those of the Ukrainian force.

But Ukraine’s defence ministry has claimed that Russia has lost approximately 5,300 servicemen and suffered heavy losses in its arsenal. 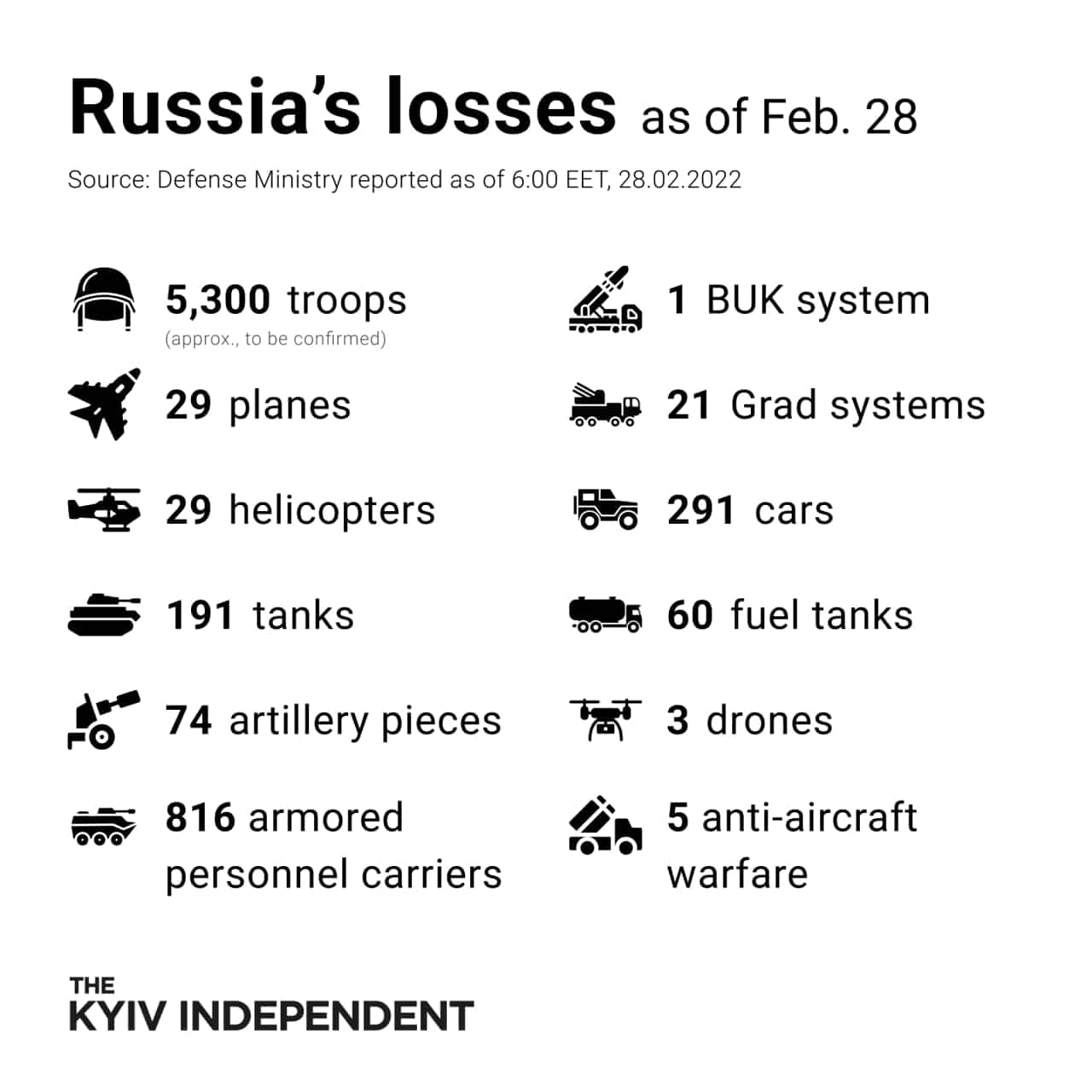 Since the beginning of the attack, the Russian military has hit 1,067 Ukrainian military facilities, including 27 command posts and communication centres, 38 air defence missile systems and 56 radar stations, Konashenkov also said.

Russian forces have seized two small cities in southeastern Ukraine and the area around a nuclear power plant, the Interfax news agency said.

The invasion has triggered a backlash in Russia, with the police detaining more than 900 people at anti-war protests across 44 Russian cities on Sunday alone, raising the total detained since the assault started four days ago to over 4,000, independent protest monitoring group OVD-Info said.

As the war rages on, Ukraine and Russia decided to hold ceasefire talks in Belarus.

It was not clear whether any progress could be achieved after Russian President Vladimir Putin put Russia`s nuclear-armed units on high alert on Sunday.