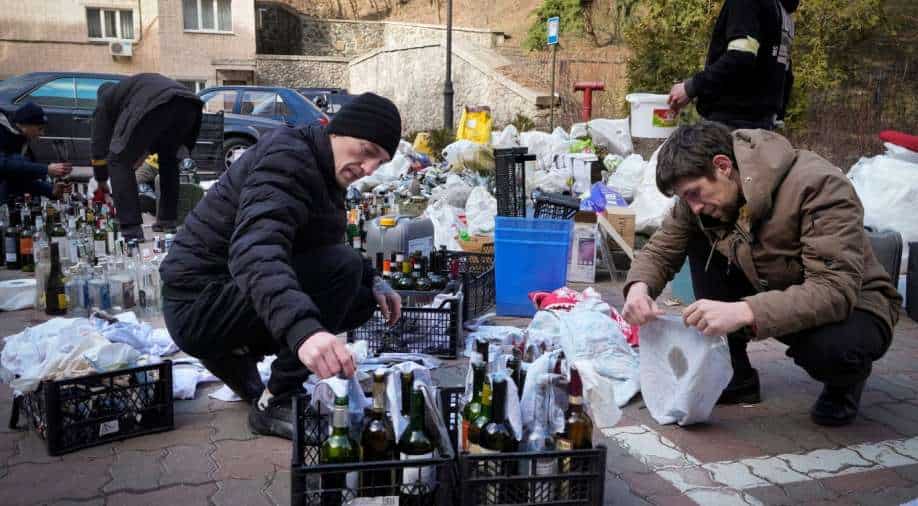 Until last week, the Pravda brewery was serving beer to people. It was a place for social gatherings. Now, it is the headquarters for making bombs

With Russian forces close to surrounding the capital and trying to seize its territory, Ukrainians are leaving no stone unturned to protect their nation.

Every citizen is doing the best they can to contribute to the war effort after Ukraine President Volodymyr Zelensky’s rallying call to defend the nation.

Among the notable contributions being made to help tide the war in its favour is a brewery in Ukraine's Lviv city.

Until last week, the Pravda brewery was serving beer to people. It was a place for social gatherings. Now, it is the headquarters for making bombs.

Lviv lies near the Polish border, and there are fears that Russian tanks will at some point roll into the historic city.

Recently, the establishment switched to making Molotov cocktails in an effort to aid Ukrainian fighters in the war.

Molotov cocktails may not seem to be an adequate deterrent to Russian tanks and rockets, but they are one of the most potent weapons for Yuriy Zastavny, the owner of the brewery.

"We do this because someone has to. "We have the skills because we went through a street revolution in 2014," Zastavny told AFP, referring to Kyiv's pro-Western uprising that deposed a Kremlin-backed regime.

"We had to make and use Molotov cocktails then," he said.

A Molotov cocktail is a breakable glass bottle containing a flammable substance such as petrol or alcohol and usually a source of ignition such as a burning cloth wick. It is a bottle-based improvised incendiary weapon.

The brewery began producing the cocktails for the Ukrainian Territorial Defence Forces on Saturday—made up of reservists who responded to President Volodymyr Zelensky's call to take up arms.

At checkpoints erected on the outskirts of the city of 720,000, the police and soldiers who control each vehicle are already equipped with them.

Pravda owner Zastavny vowed to do "everything we can to help win this war."