'Cruelty and depravity': US blasts Putin as Russia carries out airstrikes against Kyiv 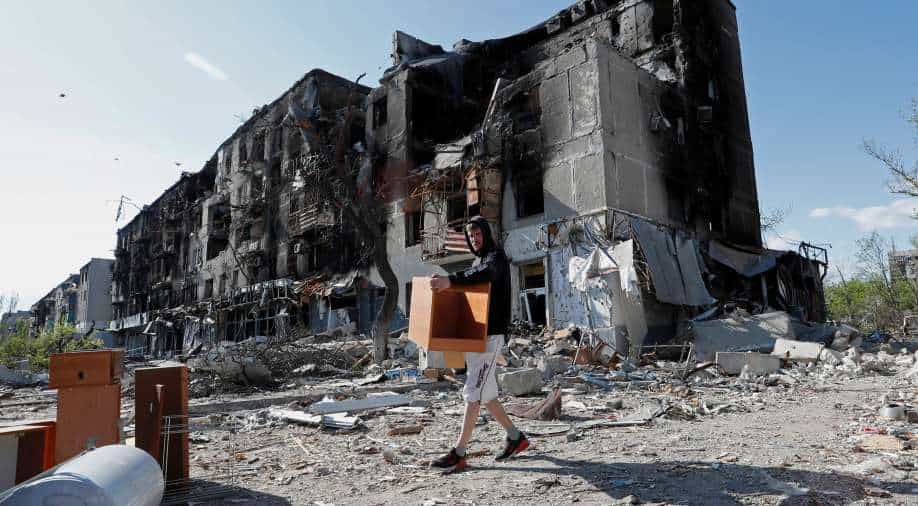 A resident takes furniture out of an apartment in the southern port city of Mariupol Photograph:( Reuters )

Britain said it would send war crime investigators to Ukraine next month to probe alleged atrocities committed by Russian troops.

Russia said it had carried out strikes on Kyiv during UN secretary-general Antonio Guterres's visit as the Pentagon informed that the Russian offensive in Donbas is behind schedule.

Pentagon spokesman John Kirby speaking on the Russian offensive said, "It's hard to look at what he's doing in Ukraine, what his forces are doing in Ukraine, and think that any ethical, moral individual could justify that," referring to Putin.

"I can't talk to his psychology. But I think we can all speak to his depravity," Kirby said while attacking the Russian president.

An emotional Kirby added that "I don't think we fully appreciated the degree to which (Putin) would visit that kind of violence and cruelty and depravity on innocent people."

The team is set to work with the International Criminal Court (ICC) which is probing the war crimes incidents in Ukraine.

ICC's chief prosecutor Karim Khan had earlier visited Ukraine and informed that the forensic team would be working in Bucha.

The Netherlands said it would also be sending investigators to work on the war crimes probe.