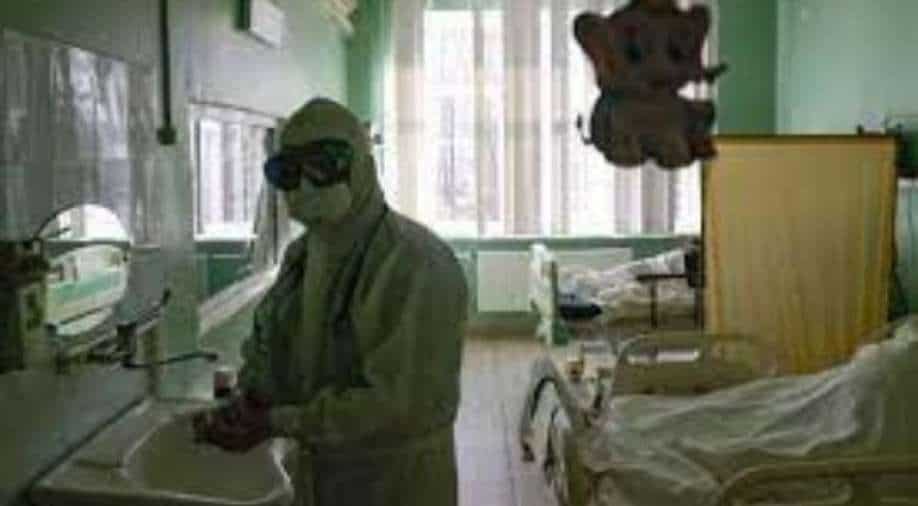 South African Medical Association has been quoted in media reports as saying that 'so far' there wer 'no prominent symptoms' of severe disease. Omicron variant of coronavirus was first detected in South Africa

South African Medical Association (SAMA) said that the new Omicron variant of coronavirus resulted in mild disease without prominent syndromes and slammed the hype around it as several countries imposed bans on flight from African countries.

"Yes, it is transmissible, but for now, as medical practitioners, we do not know why so much hype is being driven as we are still looking into it," Angelique Coetzee, the chairwoman of SAMA was quoted as saying by Sputnik news agency.

"We will only know after two to three weeks as there are some patients admitted and these are young people aged 40 and younger," Coetzee added.

She criticised the decision by some countries to ban flights from South Africa as premature as there is not enough information on how dangerous it is.

World Health Organization (WHO) on Friday identified the new strain of coronavirus as Omicron. The WHO said that the new strain was 'a variant of concern.' The new strain was detected in South Africa. The virus has been seen to show more mutations - over 30 - than previous variants and is feared to be more dangerous.

"It presents mild disease with symptoms being sore muscles and tiredness for a day or two not feeling well. So far, we have detected that those infected do not suffer loss of taste or smell. They might have a slight cough. There are no prominent symptoms. Of those infected some are currently being treated at home," Coetzee said.

South Africa on Sunday said that it was being punished for reporting the virus.

South Africa has some of the best virology facilities in the world.
Graeme Codrington said this months ago when a previous variant was identified by South African virologists. A note to journalists who peddle myths on South African variants. These words still hold true.#Omicron pic.twitter.com/KtYzlleX2r

As facts about the spread surfaced, governments throughout the world banned travel from southern Africa, prompting the foreign ministry to issue the announcement.

The Department of International Relations and Cooperation (DIRCO) in a statement urged world leaders not to implement "knee-jerk" policy decisions in response to the detection of the Omicron variant.

The latest round of travel bans is "akin to punishing South Africa for its advanced genomic sequencing and the ability to detect new variants quicker. Excellent science should be applauded and not punished," it said.

Just hours after such a reaction, praise for South Africa came from the US.

US Secretary of State Antony Blinken praised South Africa for quickly identifying the virus and presenting the details to the world so that precautions could be taken.