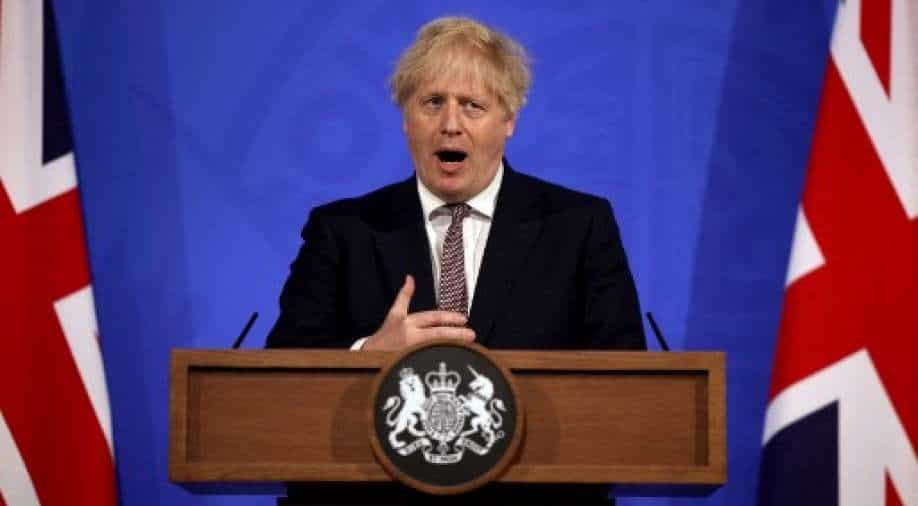 UK PM Boris Johnson was speaking in British parliament. He said that the step to relax Covid rules is being taken after a successful booster vaccine programme in the country

UK Prime Minister Boris Johnson on Wednesday (January 19) made a major announcement and said that most Covid restrictions in UK would be lifted next week. Additionally, he said that Covid isolation period would reduce to 5 days from Monday (January 24). However, he warned that Omicron variant of coronavirus was not mild and those not vaccinated should especially take care.

Johnson also told the British parliament that people would not have to wear masks in closed spaces, while working from home and would not have to provide vaccination proof while entering public spaces such as nightclubs, shops or while using public transport.

Moreover, he said that masks will not be mandatory in UK schools Thursday onwards.

Johnson said that these steps were being taken after a successful mass booster jab programme in the country.

"Many nations across Europe have endured further winter lockdowns... but this government took a different path," Johnson told lawmakers, saying the government had got the toughest decisions right and that numbers going into intensive care were falling.

"Our scientists believe it is likely that the Omicron wave has now peaked nationally... because of the extraordinary booster campaign, together with the way the public have responded to the Plan B measures, we can return to Plan A."

Boris Johnson is currently facing a lot of political heat over 'partygate'. British people, as well as lawmakers, have Johnson under pressure over the 'BYOB' party held at his residence 10, Downing Street.

The anger is palpable as common citizens were under strict lockdown last year when the party took place on the lavish garden of the prime ministerial residence. About 100 people were in attendance.

Boris Johnson has apologised in the parliament but has explicitly refused to step down.