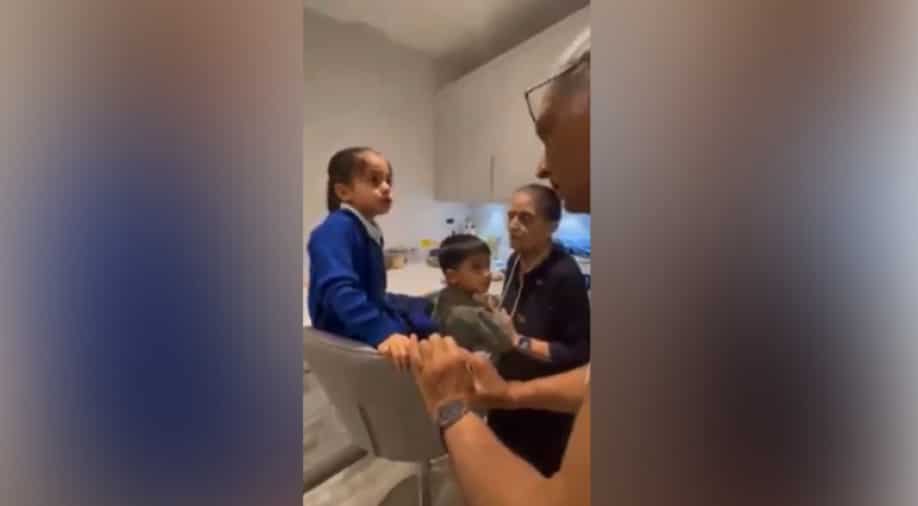 A 5-year-old girl has taken the United Kingdom by storm, after a video of her chiding Prime Minister Boris Johnson for attending a party in Downing Street went viral.

Many were surprised with the girl’s grasp on the country’s state of affairs and her ability to understand why Johnson was wrong to attend the ‘bring your own booze’ party during the pandemic.

Layla Somani, from Leicester, Leicestershire, had been avidly following the news for the past week even as the prime minister was being severely criticised.

While eloquently explaining the pressing political situation to her grandparents Kanti Somani, 76, and Kusun Somani, 73, her mother Devina Somani, 37, filmed her hilariously detailed monologue on camera and shared it online.

The video left the social media users impressed, with many users hailing her as the “future PM”.

In the funny clip, Layla says, “Boris Johnson told everyone to stay at home, but in lockdown, he just went down to a party, in the lockdown.”

Speaking to Daily Mail, Devina said, “We couldn't stop laughing. We couldn't believe how much she'd picked up.”

“When she was explaining it we thought 'oh my god'. We couldn't believe she'd learnt all this stuff and that she was absorbing it so well.”