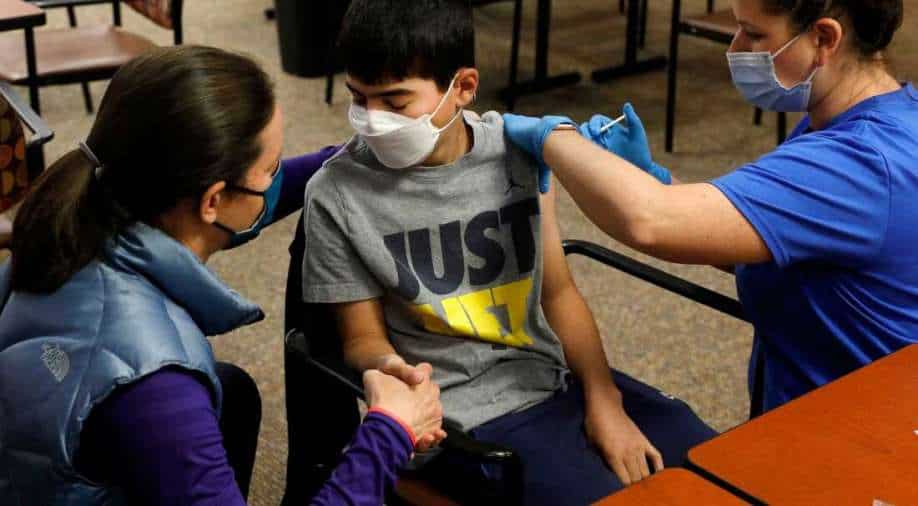 Covid hospitalisation among children is rising in US as the country continues to shatter record Covid cases due to Omicron wave, with 355,990 new infections being reported every day in the past week.

Data from the US Centers for Disease Control and Prevention (CDC) showed on an average 378 children were being admitted to the hospital with COVID-19 in the past one week.

The vast majority of the children being admitted are unvaccinated, according to reports. Doctors say it is too early to determine whether Omicron causes more severe illness in children than other variants of the coronavirus.

“At my own hospital, where I work and practice here in DC at Children's National, about half of our hospitalisations ... are children under five,” Dr Lee Savio Beers, president of the American Academy of Pediatrics, told CNN.

In US, there are vaccines for people aged 17 and younger, however there is no vaccine for children younger than five years old.

New York is among the worst hit states where on an average 109 people aged 18 and younger have been hospitalised between December 19 and December 23.

Children under the age of 5 represented almost half of the total cases, the data showed.

Other parts of the United States are also seeing a spike in cases among children. Ohio has seen a 125 per cent increase in hospitalisations among children 17 and under in the past four weeks, according to data from the Ohio Hospital Association.

Florida, New Jersey and Illinois have witnessed an increase of at least double in the seven-day average daily hospitalisation of underage patients with the coronavirus over the past week, CDC data shows.

Fewer than 15 per cent of US children aged 5-11 have been fully vaccinated since Pfizer Inc and BioNTech’s COVID-19 shot was authorized for that age group in late October, federal data shows.