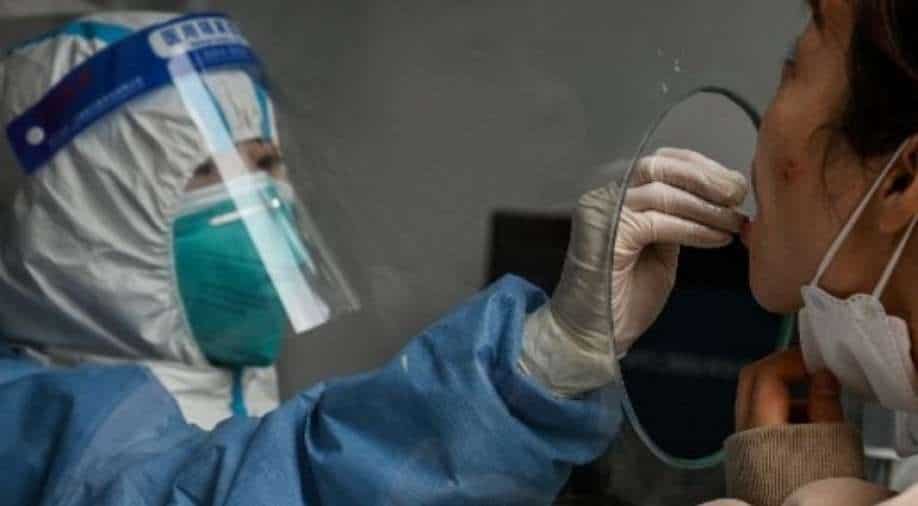 A woman is tested for the Covid-19 coronavirus near the Shanghai Jing'an Central Hospital in Shanghai. Photograph:( AFP )

Since the city’s covid cases began to rise in March, the Shanghai government has not yet reported any covid-related deaths or outbreaks in its hundreds of elderly-care centres

Many patients have died recently at a prominent Shanghai elderly-care hospital which is currently facing a COVID-19 outbreak, according to the persons acquainted with the situation, said a report in The Wall Street Journal.

This indicates that the new wave of illness is striking China’s financial capital harder than what the authorities have officially revealed.

Since the city’s Covid cases began to rise in March, the Shanghai government has not yet reported any Covid-related deaths or outbreaks in its hundreds of elderly-care centres.

The replacement of six orderlies at the city’s Donghai Elderly Care Hospital told The Wall Street journal that they brought in previous caretakers after they were sent away to quarantine, that they had seen or heard of the recent removal of many bodies from the facility, where they said at least 100 patients had tested positive for Covid.

It could not be determined whether Covid infections or other chronic illnesses were the cause for deaths. The hospital does not publicise its data on deaths, making it difficult to compare the current rate of deaths to the previous period. Several relatives of the infected patients said that their loved ones were left unattended after the caretakers were sent for the quarantine.

Shanghai’s health officials haven’t noticed the rapid spread of the illness at the hospital. On March 16 and 17, the government reported two new Covid cases at an address matching that of Donghai Hospital. In the following days, the government listed the address as a location where the infections were earlier reported but did not say how many cases were recorded there.