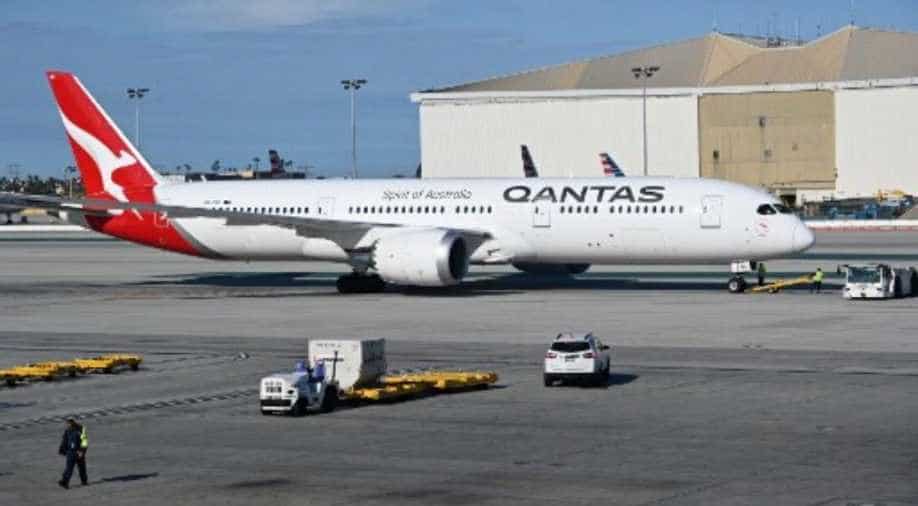 Nearly half of the people who were due to land in Australia from India have been grounded as they had either tested positive for coronavirus or had been in close contact with someone else who was infected.

The Qantas flight is operating repatriation flights from India to Australia on behalf of the government and can bring nearly 150 people who are either Australian citizens or are on permanent resident visas. This was the first flight between the two countries since the day the Scott Morrison-led government imposed a strict travel ban from India on April 30.

After a two-week travel ban, nearly half of the passengers on the flight have been denied to board the flight.

"I'm disappointed, as are those Australians who will not be on today’s flight," said Australian High Commissioner to India Barry O'Farrell. "My team across India has worked hard to assist them, to get bookings on this flight, because they are vulnerable."

Nearly 40 passengers of this flight had tested positive for coronavirus and 30 had come in contact with people who had been infected, an Australian official told news agency AP. Majority of these passengers were categorised as 'vulnerable'.

The Australian government had received applications of nearly 10,000 citizens and permanent residents who are wanting to fly back to Australia and out of them, nearly 1,000 people were classified as vulnerable who were being flown back on priority.

Unfortunately, the now empty seats on the airplane will not be filled by other passengers as the time frame will not be suitable with respect to the covid tests.

"We're in the middle of a COVID crisis here in India and it takes at least 24 hours if not longer to get the results of a test," O'Farrell said. "So the idea of being able to have people that could quickly take the place is a bit harder than it seems."

He also assured that these passengers who had been grounded right now will be eligible for any future flight, once they are medically fit and cleared.