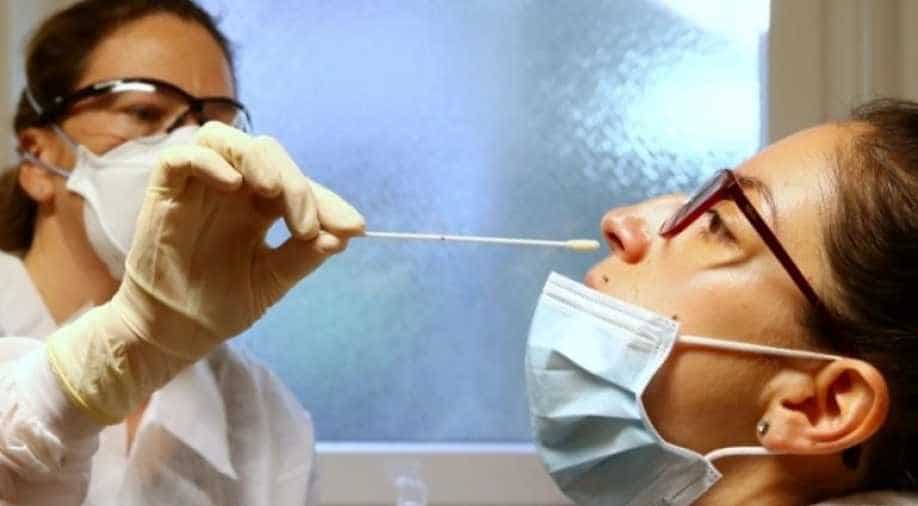 She had appeared for a nasal test ahead of an elective hernia surgery, and later noticed a clear fluid coming out of one side of her nose

A US woman who underwent a COVID-19 nasal swab test got her brain's lining punctured, doctors reported in a medical journal.

The 40-year-old US woman suffered this life-thretening infection as the test conducted on her may not have been carried properly, the medical experts claimed. She also had an undiagnosed rare condition.

However, doctors have used this case as a warning to the healthcare workers all around the world. Jarrett Walsh, senior author of the paper that appeared in JAMA Otolaryngology-Head & Neck Surgery, said her case showed health care professionals should take care to follow testing protocols closely.

The people who suffer from extensive sinus and and/or have been through skull-base surgery should exercise caution and request fr oral testing instead of nasal swab, Walsh added.

"It underscores the necessity of adequate training of those performing the test and the need for vigilance after the test has been performed," ENT specialist Dennis Kraus of Lenox Hill Hospital in New York claims.

She had appeared for a nasal test ahead of an elective hernia surgery, and later noticed a clear fluid coming out of one side of her nose.

"She had been swabbed previously for another procedure, same side, no problems at all. She feels like maybe the second swab was not using the best technique, and that the entry was a little bit high," he said.

She also developed a headache which was followed by vomiting, neck stiffness and was unable to bear light.

In fact, the woman had been treated years earlier for intracranial hypertension — meaning that the pressure from cerebrospinal fluid that protects and nourishes the brain was too high.

However, that resulted in her developing an encephalocele, which is a defect at the base of the skull that causes the brain's lining to protrude into the nose, which resulted in a rupture.

Doctors at the time used a shunt to drain some of the fluid and the condition resolved.

The situation was highlighted after the doctors studied the old reports to deal with her case.

The doctors revealed that if this problem is not been treated on time, the bacteria could have traveled up the nose, or the air could have entered the skull and placed excess pressure on the brain, leading to a life-thretening brain infection.