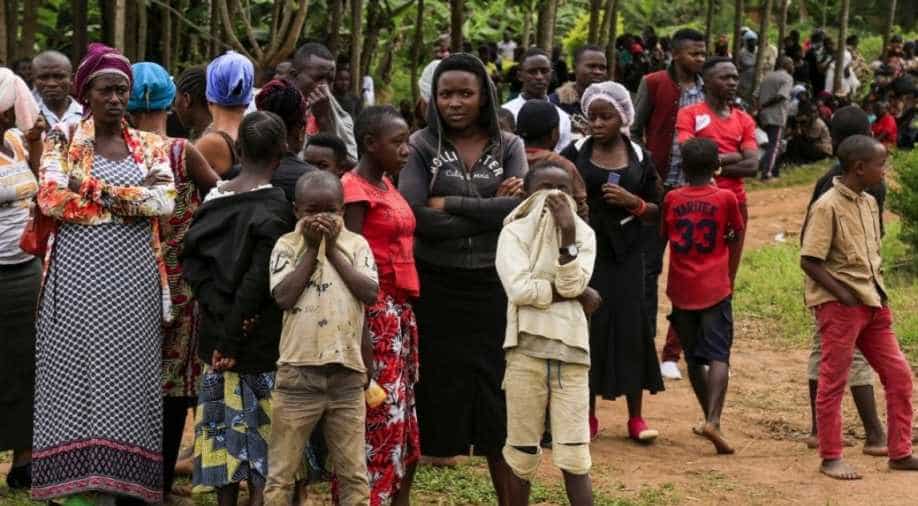 Health Minister Jean-Jacques Mbungani said there had been "a marked drop in COVID-19 cases across the country," according to a statement released by the prime minister's office

Congolese authorities said Sunday the coronavirus epidemic had eased in many parts of the country but remained worrying in the economic capital of Lubumbashi where not wearing a mask will now be punishable by up to seven days in jail.

Health Minister Jean-Jacques Mbungani said there had been "a marked drop in COVID-19 cases across the country," according to a statement released by the prime minister's office.

In Kinshasa, the situation was particularly hopeful.

"The third wave is steadily decreasing and we can say that it is behind us," Professor Jean-Jacques Muyembe, in charge of the fight against the pandemic, told the press.

"But we must be vigilant, continue to wear the mask properly and get vaccinated when the country has received the vaccines we are expecting."

Lubumbashi, however, was experiencing a "resurgence of the pandemic," its mayor Ghislain Robert Lubaba Buluma said Saturday in a decree announcing new prevention measures.

People would have to wear a mask to access the city centre, and "checkpoints" would be put in place from Monday to make sure the measure was followed.

Anyone not wearing a mask ""will be sentenced to seven days' imprisonment and a fine of 15,000 Congolese francs," or about 6 euros, the decree states.

Coronavirus has infected 51,254 people in the DRC, with 1,045 fatalities, according to an AFP tally of official sources.