Couple self-medicates with chloroquine against coronavirus in US, man dies A man rests in a deserted Trafagar Square in central London on the morning on March 24, 2020 after Britain ordered a lockdown to slow the spread of the novel coronavirus Photograph:( AFP )

A couple from Phoenix, Arizona recently took chloroquine phosphate in a bid to self-medicate against the novel coronavirus COVID-19, CNN reported.

The man has reportedly died while the woman remains in critical condition.

Recently, United States President Donald Trump referred to chloroquine phosphate as a potential treatment for the virus. However, the potion is also used to clean fish tanks at aquariums.

Also read: Taiwan says WHO ignored its coronavirus questions at start of outbreak

Many experts around the world have warned against self-medication. There are rumours floating on the internet: ranging from consumption of alcohol to a combination of anti-viral and an antibiotic. The former has led to at least 194 deaths in Iran due to poisoning.

CNN spoke to Daniel Brooks, the Medical Director at Banner Poison and Drug Information Centre. Brooks asserted that “self-medicating is not the way to [treat the virus]”.

The couple, who were in their 60s, didn’t say how they acquired the combination and where they were treated

They were admitted at a hospital called “Banner Health”. As per the hospital’s statement, the couple started feeling the ill-effects thirty minutes after ingesting the concoction. 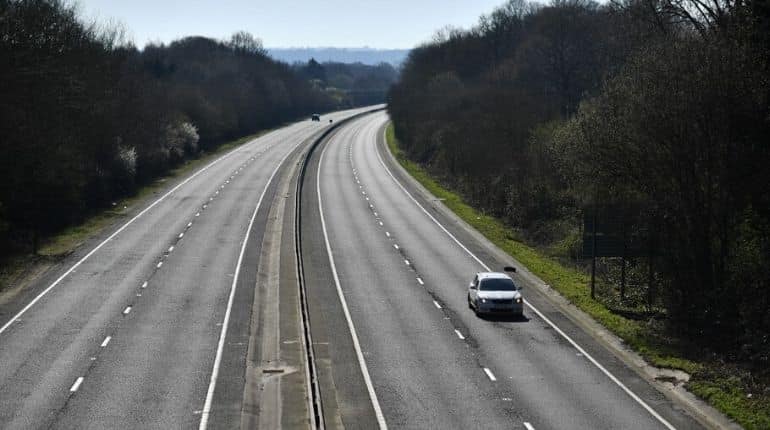 A picture shows a near empty A21 main dual carriageway near Sevenoaks, Kent, south of London on March 24, 2020 after Britain ordered a lockdown to slow the spread of the novel coronavirus | AFP

The US president has referred to chloroquine and hydroxychloroquine as potential game changers in the battle against coronavirus.

HYDROXYCHLOROQUINE & AZITHROMYCIN, taken together, have a real chance to be one of the biggest game changers in the history of medicine. The FDA has moved mountains - Thank You! Hopefully they will BOTH (H works better with A, International Journal of Antimicrobial Agents).....

"HYDROXYCHLOROQUINE & AZITHROMYCIN, taken together, have a real chance to be one of the biggest game changers in the history of medicine," he tweeted Saturday.

However, a lot of research is needed to verify these claims. Even though many researchers claim that the combination could help in treating the virus, there is no proof yet.

After Trump’s claims, three people in Nigeria have so far overdosed on the medicine.

Health care providers have been urged to not prescribe the medicine to patients who have not been hospitalised.

Also read: US newspapers call on China to reverse expulsion of journalists

"The last thing that we want right now is to inundate our emergency departments with patients who believe they found a vague and risky solution that could potentially jeopardise their health," Brooks told CNN.