Coronavirus in US: New York is making its own hand sanitizer 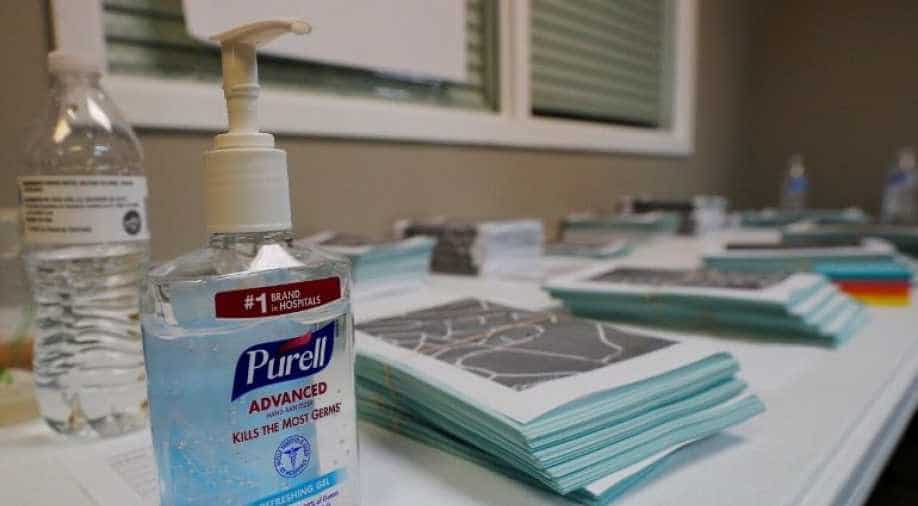 New York — under a state of emergency following a coronavirus outbreak — on Monday launched its own brand of hand sanitizer, made by jail inmates.

Governor Andrew Cuomo said 100,000 gallons of "NYS Clean" would be produced a week by prisoners, who already manufacture soap, to meet shortages.

"This is a superior product," said Cuomo, as the gel was unveiled from behind a curtain at a press conference.

"It has a very nice floral bouquet," he added, after rubbing some on his hands.

The product, which has an alcohol content of 75 per cent, will be provided for free to government agencies, schools, the public transportation system and prisons, Cuomo said.

It is part of the government's "Corcraft" scheme where prisoners make dozens of products including cleaning supplies, bedding and clothes.

The sanitizer will cost $6 a gallon to make and is not expected to go on general sale.

The United States has at least 22 deaths from the coronavirus and 566 confirmed cases, according to a Johns Hopkins tally.

No one in New York state has yet died from the virus but eight people have been hospitalized.

Thousands of students at schools and universities were staying home this week after a suburb of Westchester shut its public schools and New York's Columbia University, Hofstra University and Yeshiva University suspended classes.

Elsewhere, the Southern District of New York said Monday it would not allow anyone who had visited China, South Korea, Japan, Italy and Iran in the last 14 days to enter any of its courthouses.