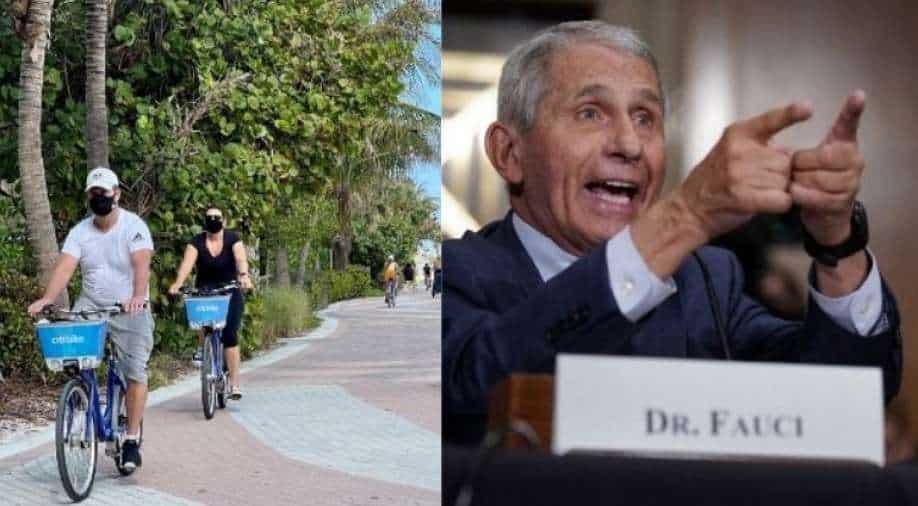 The US has reported surging coronavirus cases in the past month with the Delta variant spreading in various states.

As coronavirus cases surge in the United States, top US infections disease expert Anthony Fauci warned that if another variant comes into the country then it could mean "trouble".

Coronavirus cases touched a six-month high in the US with over 100,000 infections reported on Wednesday as the Delta variant continued to surge in the country.

The US recorded 95,000 cases over a seven day average with Florida, Texas, Missouri, Arkansas, Louisana, Alabama and Mississippi the hardest-hit states with hospitalisations rising in several areas.

Florida has been hit hard with hospitalisations rising to with the virus spreading to children.

“People who are not getting vaccinated mistakenly think it’s only about them. But it isn’t. It’s about everybody else, also,” Fauci said.

The National Institute of Allergy and Infectious Diseases(NIAD) chief said the US government is planning to give booster shots to Americans who have low immunity as he warned that cases could reach 200,000 a day.

“If another one comes along that has an equally high capability of transmitting but also is much more severe, then we could really be in trouble,” Fauci said.

Fauci declared that although the current vaccines are proving to be effective against the virus but it might not be the case if a new variant emerges.

Germany, France and Israel have also begun giving booster doses to their citizens.

Meanwhile, Moderna said its vaccine remains strong for at least six months and the variant-specific boosters it is testing has shown good results with "robust" antibody response to Delta.

The company said the vaccine produced 93 per cent efficacy after the second dose in the final phase 3 trial. Moderna is set to file its results with the US Food and Drug Administration(FDA) this month.

Meanwhile, the US government said it plans to allow fully vaccinated travellers into the country in a "safe and sustainable manner" even as the country battles the Delta virus.