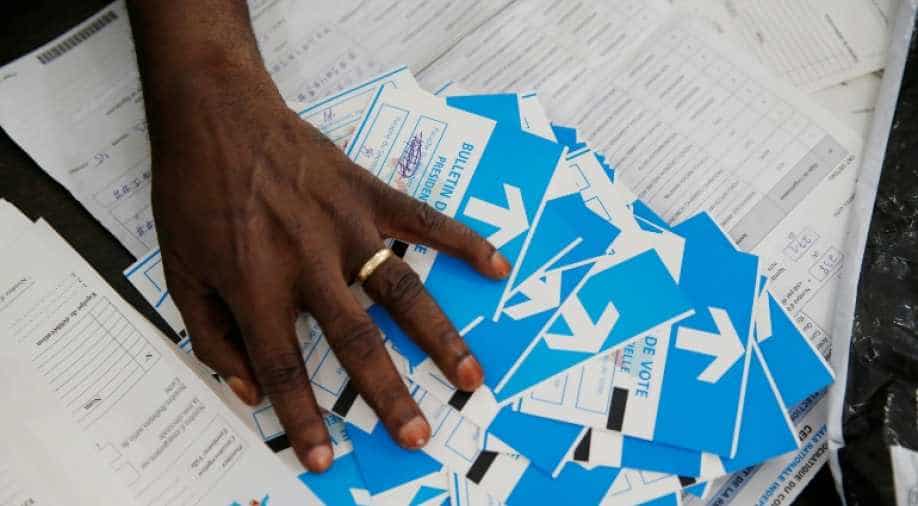 The final tally for the December 30 election is to be released once the Constitutional Court has ruled on challenges to the provisional results, including from opposition leader and election runner-up Martin Fayulu.

DR Congo rebuked the African Union on Friday over its calls to suspend the announcement of final results from the presidential election, insisting that the Constitutional Court assessing the vote's legality was impartial.

The court is examining a dispute over the December 30 election to choose a successor to President Joseph Kabila, with runner up Martin Fayulu claiming he was cheated of victory by fraud.

"The court is independent, both of us and the African Union," government spokesman Lambert Mende said.

"I don't think it is the business of the government or even of the African Union to tell the court what it should do."

At a meeting on Thursday in Addis Ababa, AU heads of state and government agreed to send a high-level delegation to Kinshasa help solve the crisis.

The summit also said there were "serious doubts" about the provisional results of the vote and called for the final announcement to be suspended -- a matter which now lies in the hands of the Constitutional Court.

Mende, who is also minister of communication and the media, added bluntly: "I don't know if there are countries where people can interfere like that in a legal procedure.

"The court will do what is right for showing the truth. We should all trust it," he said.

On January 10, DR Congo's electoral commission declared opposition leader Felix Tshisekedi the provisional winner of the December 30 vote with 38.57 per cent against Fayulu's 34.8 per cent.

But Fayulu declared the result to be an "electoral coup" forged by Tshisekedi and Kabila, and filed an appeal with the Constitutional Court a day later.

He claims he won with 61 per cent of the vote.

The Financial Times and other foreign media have reported seeing documents that confirm Fayulu as the winner.

The court's ruling, and the announcement of the final results have to be completed by next Tuesday when the new president is scheduled to be sworn in.

The dispute has raised fears that the political crisis that began when Kabila refused to step down at the end of his constitutional term in office two years ago, could turn into a bloodbath.

The AU has taken the firmest line of all major international bodies with regard to the post-election crisis.

The Southern African Development Community (SADC), a bloc that includes Angola and South Africa, initially called for a recount and a unity government.

But in a later communique, it made no mention of those demands, instead of calling on Congolese politicians to "address any electoral grievances in line with the Democratic Republic of Congo's Constitution and relevant electoral laws".

Kagame's visit as part of the AU delegation could complicate matters, analysts say.

Rwanda backed the 1997 ouster of dictator Mobutu Sese Seko by Kabila's father, Laurent-Desire Kabila, but then changed allies. Sporadic clashes occurred last year on the border between the two neighbours.