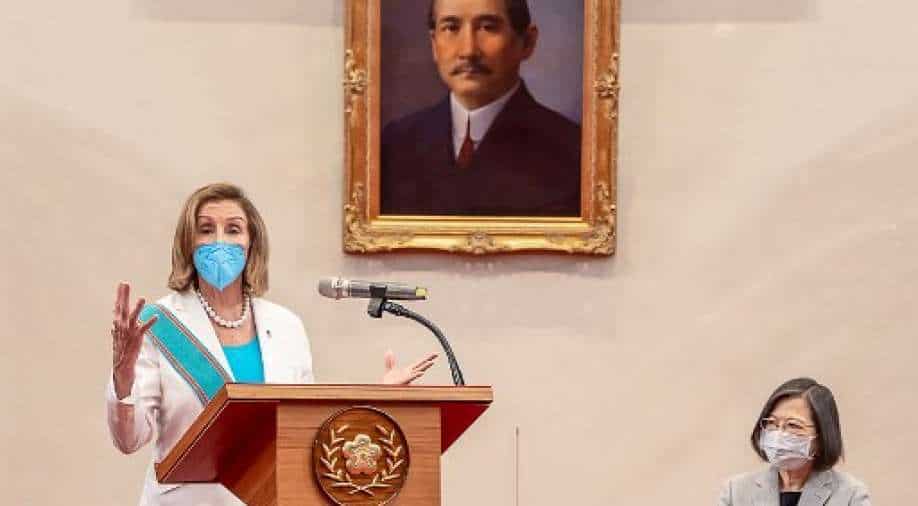 Ahead of US House Speaker Nancy Pelosi's visit, Taiwan's military had said at least 21 Chinese warplanes had entered its air defence zone.

As US House Speaker Nancy Pelosi began her engagement in Taiwan on Wednesday, China called her visit a "farce" and vowed those who "offended China would be punished".

"This is a complete farce. The United States is violating China's sovereignty under the guise of so-called 'democracy," Chinese foreign minister Wang Yi said.

Also Read: How SPAR19 became the most tracked flight of all time

China also suspended the export of natural sand to Taiwan which is used to make concrete and asphalt hitting trade ties between the two countries.

The Chinese foreign ministry said the military exercises in the sea near Taiwan are "necessary" and a "just measure to resolutely protect national sovereignty". China had announced the drill ahead of Pelosi's visit last week.

However, Taiwan President Tsai who met Pelosi earlier in the day sent out a defiant message saying: "will not back down. We will... continue to hold the line of defence for democracy".

China considers Taiwan as a breakaway province and has vowed to annex it by force if necessary. Chinese President Xi Jinping has often threatened Taiwan with military consequences amid its growing closeness with the US.

Ahead of Pelosi's visit, Taiwan's military had said at least 21 Chinese warplanes had entered its air defence zone. Last year China conducted a record number of air incursions into Taiwan.

Meanwhile, the US warned China not to convert Pelosi's visit into a "crisis" while seeking to diffuse the tense situation.

"The Speaker has the right to visit Taiwan," the US  State Department  said, adding, "There is no reason for Beijing to turn a potential visit consistent with longstanding US policies into some sort of crisis."