Thousands of protesters took part in anti-government demonstrations in Colombia's capital Bogota and other cities Wednesday during the country's third general strike in two weeks.

Strike leaders say they intend to maintain pressure on right-wing President Ivan Duque's government, after brushing aside his appeals to cancel the strike on the grounds its effects were crippling the economy.

But crowds were smaller than previous demonstrations as protests took place for a 14th consecutive day.

Some roads were blocked in the capital and in the northeastern city of Cali, but many businesses remained open.

Around 250,000 people took part in the first demonstration against Duque's 15-month-old government on November 21, when the initial general strike brought the country to a standstill.

"The Colombian people have woken up!" shouted Paola Jiminez, a 41-year-old lawyer taking part in a pot-banging "cacerolazo" demonstration in Bogota.

"Colombians are finding it more and more difficult financially," she said.

A student taking part in one of several peaceful protests in Bogota, who gave his name as Nicolas, held up a banner saying: "The state lies more than my ex."

Police were deployed in nearby streets, but there were no confrontations of the kind that have marred some protests over the last two weeks, during which four people died. Some 500 have been injured.

On Tuesday, the Colombian National Strike Committee, comprising unions, students and teacher organisations, indigenous groups and the opposition, met directly with Duque's advisors for the first time but reached no agreement.

Another meeting was scheduled for Thursday.

Under fire for his economic policies and corruption in the country, Duque launched a national dialogue with mayors and other officials 10 days ago.

The strike committee has presented Duque with a list of 13 demands, including the withdrawal of his proposed tax reforms, and full compliance with the 2016 peace deal with FARC guerrillas.

Among them is a call to dismantle the feared ESMAD riot police, widely criticised for its heavy-handed response to protesters.

Duque has yielded to some of the demands on tax reform, announcing the return of Value Added Tax to the poorest 20 per cent of the population and benefits for companies that hire young people 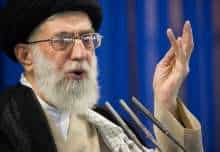