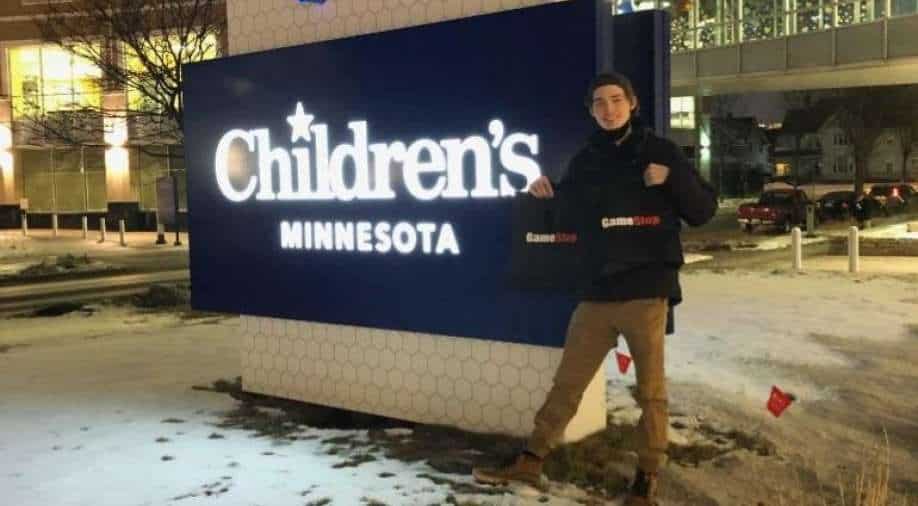 Kahn is a mechanical engineering student at Cornell University donated six Nintendo Switches and games worth more than $2,000 to Children’s Minnesota Hospital

A 20-year-old college student in Minneapolis called Hunter Kahn is donating video games to a US hospital after earning almost $30,000 by selling GameStop shares.

Kahn is a mechanical engineering student at Cornell University donated six Nintendo Switches and games worth more than $2,000 to Children’s Minnesota Hospital.

GameStop stock surged some 400 per cent in the past week after retail investors banded together to buy shares in the US video game retailer, sending hedge funds scrambling to cover losing bets.

Jennifer Soderholm, president of Children's Minnesota Foundation said: "We're so grateful for this generous donation that will help bring joy to kids at our hospitals, especially during these challenging times."

"It's inspiring to see young people in our community choosing to give back and pay it forward."

Kahn is still holding 50 of his original shares of GameStop that he bought at $30 and said that he plans on using it to pay for his tuition fee in college.

Last week Tesla CEO Elon Musk tweeted "Gamestonk!!," which many in the market interpreted as an apparent show of support for small investors. "Stonks" is a tongue-in-cheek term for stocks widely used on social media.

Major investors like hedge funds have bet against GameStop, citing the video game chain store's ill financial health as consumers shift towards buying over the internet.

As the company's stock surged under the Reddit-fueled onslaught, the big Wall Street firms were forced to buy back shares at higher prices to cover their losses -- further driving up the price.

US media reported the company had also raised $1 billion from its investors to help it stay afloat and allow its customers to continue trading, though on Thursday Robinhood chief Vlad Tenev said the company was not facing a liquidity crunch.

Robinhood needs to maintain a certain amount of funds in the financial institutions that facilitate orders made on its platforms, and when it sees increased demand, that liquidity needs to increase as well.