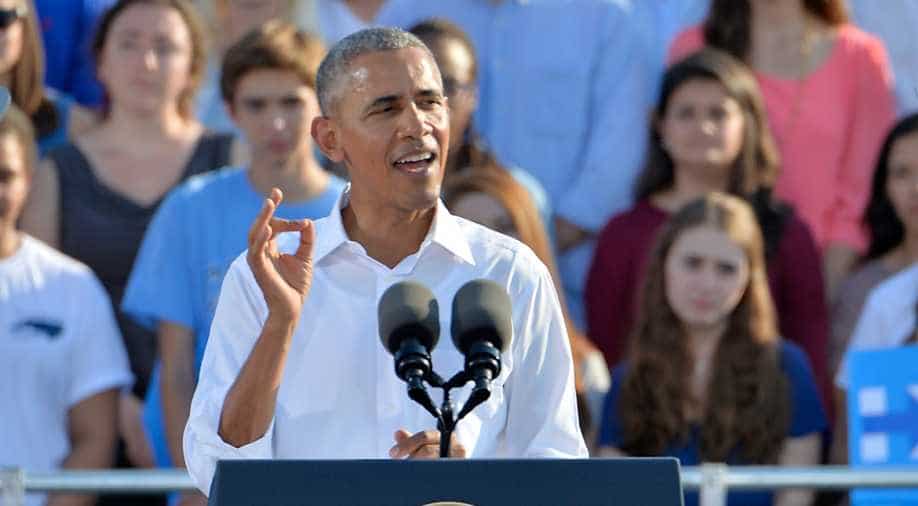 The FBI's investigation into Clinton's email use found no wrongdoing in July and Comey had recommended against bringing charges against Clinton. Photograph:(Getty)
Follow Us

Speaking for the first time since Comey's Friday announcement that the FBI was reopening the probe into Clinton's use of a private email server while still in office after the discovery of some new emails, Obama insisted that investigations should not be based on "innuendo" or "incomplete information".

Comey has come under fire from Democrats after he announced a reopening of the probe into Clinton just days before the November 8 presidential election.

Comey's announcement was a departure from Justice Department policy not to comment on ongoing investigations or to take actions close to elections that could influence the outcome, AFP said.

"We operate based on concrete decisions that are made," Obama said.

The FBI's investigation into Clinton's email use found no wrongdoing in July and Comey had recommended against bringing charges against Clinton.

Clinton's rival Donald trump seized the opportunity to declare Clinton unfit for office, arguing that the Democrat's use of private email server should disqualify her from the presidency.

On Sunday, the US Senate's top Democrat blasted the FBI chief for the probe's reopening, an action he says "may have broken the law".

"As soon as you came into possession of the slightest innuendo related to secretary Clinton, you rushed to publicize it in the most negative light possible," Senate Minority Leader Harry Reid said in a statement.

"Through your partisan actions, you may have broken the law," Reid said, alleging that Comey had violated the Hatch Act, which bars the FBI from influencing elections.

Clinton said Comey's decision so close to the election was "deeply troubling" and demanded an explanation for the reopening of a probe he had said declared in July.

According to US media, the probe was renewed after agents seized a laptop used by Anthony Weiner, Clinton's close aide Huma Abedin's husband.

Comey is under pressure from both Trump and Clinton to end speculation before the elections.

An ABC News/Washington Post poll put the Democratic presidential candidate just one point ahead of her Republican challenger Donald Trump at 46-45 percent in a four-way race, AFP reported.