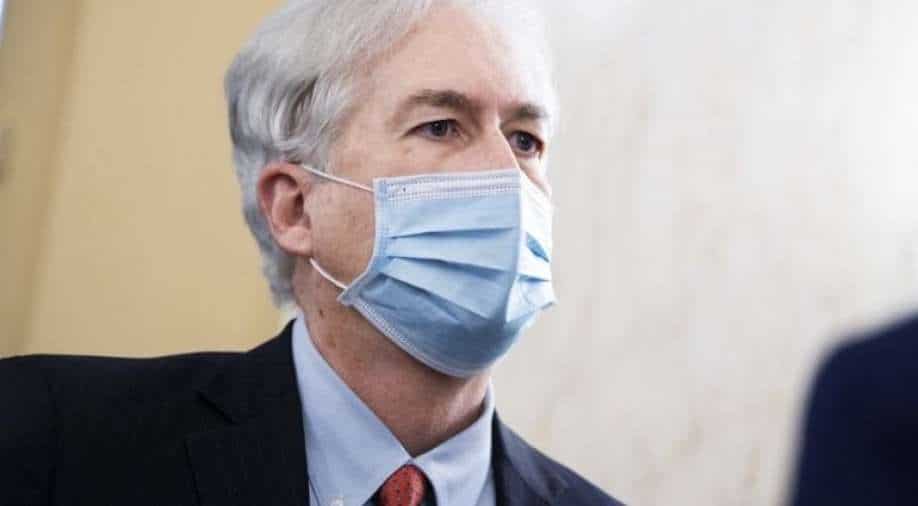 The CIA will embark on a reorganisation intended to focus more on China, the agency’s director announced Thursday.

At the heart of the effort will be a new China Mission Center meant to bring more resources to studying the country and better position officers around the world to collect information and analyse China’s activities.

The new centre “will further strengthen our collective work on the most important geopolitical threat we face in the 21st century, an increasingly adversarial Chinese government,” William J. Burns, the agency’s director, said in a statement.

Another new centre will focus on new technology and global problems like pandemics and climate change. Called the Transnational and Technology Mission Center, part of its mission will be to identify new technologies that could be used by the agency to help collect intelligence and by others against CIA operatives.

During his confirmation hearing in February, Burns identified China as his top priority, and the challenges of changing technology as another important focus area. The new mission centres, along with the creation of a new post of chief technology officer, are a way of formalizing those priorities.

The changes reflect a general policy across the Biden administration’s national security team of giving added attention to a new generation of challenges and threats to the United States after two decades in which terrorism dominated the work of the intelligence community.

The agency has briefed congressional leaders on the changes, and the increased focus on China at least is likely to be greeted warmly. Both Republicans and Democrats have argued that the intelligence agencies need to direct more resources to China and improve their analysis of the Chinese government.

The announcement comes only days after CIA stations and bases around the world received a top-secret cable warning about informants that have been arrested, killed or turned into double agents.

A decade ago, the Chinese government systematically dismantled the CIA’s spying operation in the country, with informants captured or killed. Some former officials have blamed a breach of the agency’s classified communications system, while others have blamed a former CIA officer later convicted of giving secrets to China. Since then, the agency has tried to rebuild its networks, but the Chinese government’s power to track the movements and communications of people have slowed the effort.

In the jargon of the CIA, tradecraft is the set of skills spies use to evade adversarial operatives, find new sources and communicate with them securely. Technological advances by countries like China have forced the agency to update and improve their tradecraft. And the senior official said the new focus on technology and China would help in those efforts to continue to transform their tradecraft.

The changes are also an attempt to refine the broad reorganization of the CIA undertaken in 2015 by John O. Brennan, when he became director in the final years of the Obama administration. Before the announcement, Burns reached out to former agency directors to brief them on the reorganization and his thinking, several of whom said the changes made sense to them.

“The CIA must adapt to the policy priorities of each new administration as well as to the evolving global landscape of national security challenges and opportunities,” Brennan said. “If there is any country that deserves its own mission center, it is China, which has global ambitions and presents the greatest challenge to US interests and to international order.”

The new reorganization is not nearly so broad as Brennan’s. But Burns is undoing two changes put in place by Brennan’s successor, Mike Pompeo, who was President Donald Trump’s first CIA director. Pompeo created mission centers focused on North Korea and Iran. Those groups will now be folded back into regional centers focused on the Middle East and East Asia.

With the ending of the Iran mission center, its current chief, Michael D’Andrea, is retiring from the agency. The appointment in 2017 of D’Andrea, who had a long career leading operations against al-Qaida and other terrorist targets, was a sign of the Trump administration’s hard-line on Iran. And inside the CIA, D’Andrea helped craft a more muscular approach against Tehran.

Throughout his time in the agency, D’Andrea worked undercover, even as he took senior leadership roles, and the agency would not publicly acknowledge or discuss his role. But with his retirement, his work can ever so slightly emerge from the shadows. Burns said Thursday that D’Andrea had had a “remarkable impact.”

“On behalf of all of us at CIA, I want to express deep appreciation to Mike for his decades of service and leadership on some of the most difficult issues we’ve faced,” Burns said.

China’s global ambitions, and its growing involvement in countries across the world through its development initiatives, mean that it could benefit from its own focal centre.

Burns will start meeting with China experts on a weekly basis, much as his predecessor’s held weekly counterterrorism meetings for much of the last two decades.

US: CIA claims to be losing troubling number of agents

The CIA will also push more China experts to work overseas. While it may not be possible to increase the number of agency officials working in China, the agency can position more analysts in Asia and regions of the world where China is active, to help agency officers gain a better understanding of Beijing’s strategies and tactics.

In a message to the CIA workforce delivered on Wednesday, Burns said that in China, the United States was “facing our toughest geopolitical test in a new era of great power rivalry.”