Chinese students Down Under 'wedged' by politics back home 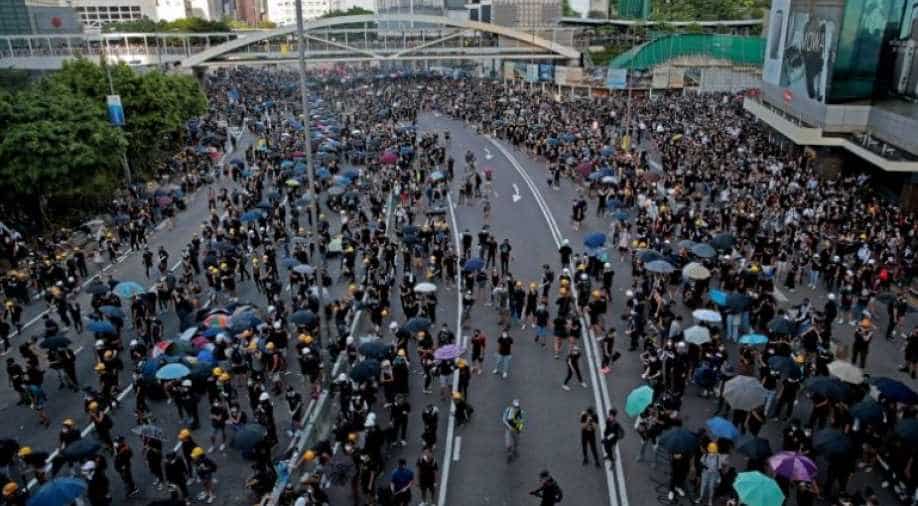 Ask one of the hundreds-of-thousands of Chinese students in Australia what they think about Hong Kong and you are likely to be met with apprehension, or a polite silence.

It has become what one Chinese student calls the "dreaded question".

Hong Kong's unrest is a nine-hour flight away, but it has been impossible to avoid on campuses Down Under.

While most Chinese students say apologetically it is too dangerous to talk, some are willing as long as their identity is not made public.

"Andy", who hails from a mainland China town two hours from Hong Kong said he and many of his compatriots do not want to get involved on either side.

"We're here for knowledge. We're not here to protest," he told. "We prefer not engaging any form of disruption to our study life."

"It is quite shocking for me to think that some of our people would wave another country's flag," he says of the British and US banners that have popped up at some protests.

But he also believes protesting is "fine if you have a different point of view" and that governments including in Beijing sometimes get things wrong.

"The tone of the debate is very acrimonious," he said.

He said students are expected to either "completely support the protesters or support the government and everything that they do", depending on which side they were on.

He said there is particular pressure on students to "express support for the protests and avoid criticising the protesters" in Hong Kong regardless of personal convictions.

Meanwhile, pro-Hong Kong students have been physically confronted and had their identities and their home address revealed online.

Australian universities have been equally wary of getting involved having received billions in tuition fees from mainland Chinese students and millions from the Chinese government to build controversial "Confucius Institutes".

According to researcher Salvatore Babones, the University of Sydney alone made half-a-billion dollars in revenue from Chinese students in 2017.

Beijing has been quick to hint that the flow of students may dry up, fuelling concern they are being made into political pawns.

James Laurenceson of the University of Technology Sydney said Chinese students are "in a wedged position".

"If they express an opinion that's not supportive of the Hong Kong protests then they're going to be branded as stooges of the Chinese Communist Party."

On the other hand, those "supportive of Hong Kong are fearful that some of their nationalistic peers might criticise them".

There is "legitimate concern", he said, that they "might be monitored by either some of their peers or representatives of the Chinese Communist Party".

"I've had people in my academic network tell me that it happens," he said.

"We've had reports of Chinese students in Australia speaking out in a way that's contrary to Chinese Communist Party positions, and had their family members at home visited and invited out for 'tea'."

But he stresses that mainland Chinese students have also suffered abuse and been maligned because of the actions of a few hot-headed nationalists who tore down pro-Democracy posters or threatened demonstrators.

"If you add up all of those incidents, you're talking about 20-30 people," he said. "It's a very small minority that is highly nationalistic."