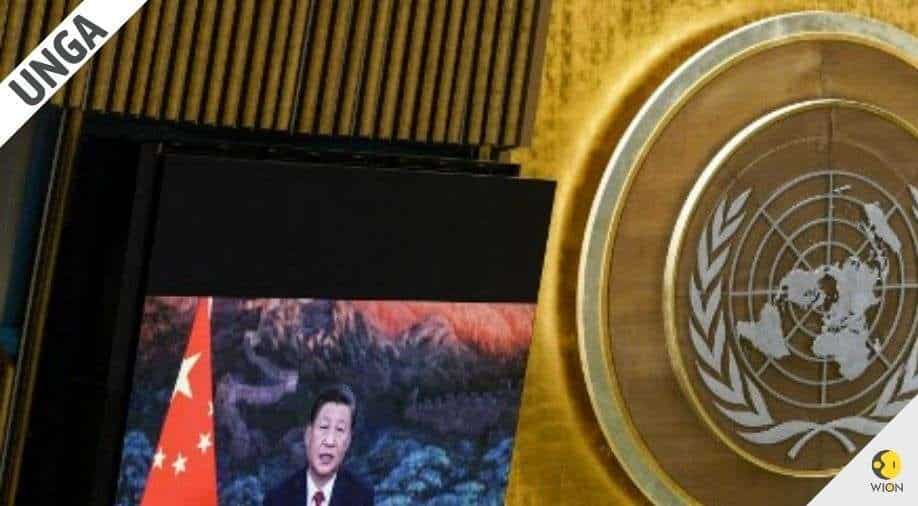 China had reportedly brought 38.4 gigawatts of new coal-fired power into operation last year which was over three times what was brought globally.

"We need to improve the global environmental governance. We need to actively respond to climate change and create a community of life for man and nature," the Chinese president said.

However, President Xi provided no details on how the policy will be implemented.

"We should focus on developing green and low carbon energy and we should not build new coal-fired power projects abroad," he said.

The move could significantly limit the financing of coal plants in the developing world. China is the world's largest consumer of coal and the world's biggest polluter.

"China will strive to peak CO2 emissions before 2030 and achieve carbon neutrality by 2060," the Chinese president promised.

China had reportedly brought 38.4 gigawatts of new coal-fired power into operation last year which was over three times what was brought globally.

China's overall consumption of coal increased by 0.6 per cent in 2020 from a year earlier to around 4.04 billion tonnes.

According to China's National Coal Association, the country's coal consumption is expected to rise in 2021 despite Beijing's previous pledges to cut down on greenhouse gas emissions.

In a letter earlier this year, a coalition of non-governmental groups had said that the state-run Bank of China was the largest single financier of coal projects pumping $35 billion since the Paris climate agreement was signed in 2015.

President Xi's announcement came after South Korea and Japan made similar moves earlier this year. UN secretary-general Antonio Guterres and US climate envoy John Kerry had urged China to follow the lead of its Asian counterparts.

The Chinese president also urged global cooperation to meet the challenges of climate change and the COVID-19 pandemic.

Study suggests that Tuberculosis, like Covid is spread through aerosols