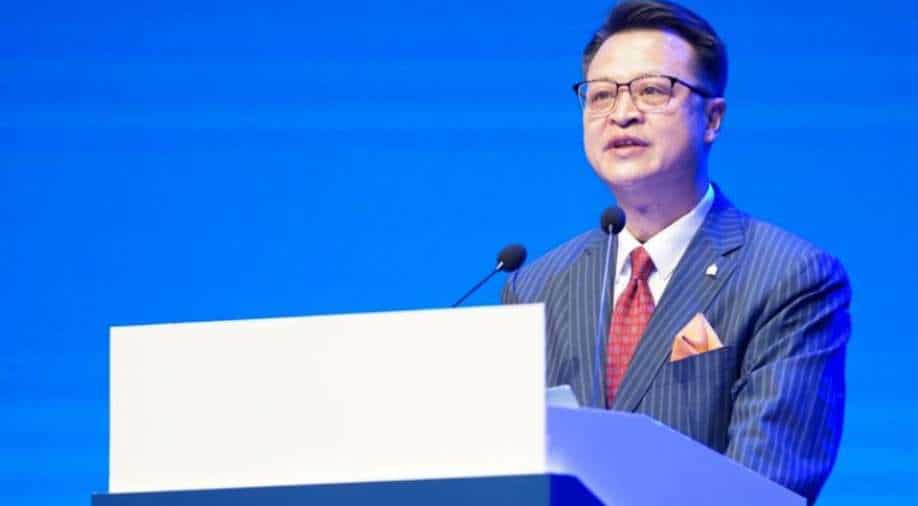 In 2018, China's Interpol president Meng Hongwei had mysteriously disappeared and it later emerged Chinese authorities had charged him over bribery and other crimes

A Chinese official was elected as one of the members in Interpol's executive committee amid complaints by international human rights organisations and objections by Australian MPs.

China's Hu Binchen who works in China's ministry of public security was elected from Asia on Interpol's executive committee for three years as China's foreign ministry said the country was making the world a "safer place" by recommending his name.

Australian MPs in a letter had raised concern over alleged attempts by China to use Interpol's red notice to target activists.

Mr Binchen HU of China and Mr Praveen SINHA of India have been elected to the posts of Delegate for Asia (3-yr term). pic.twitter.com/H5qRHRzPZK

In the letter, the MPs reportedly said that a Uighur activist was reportedly detained in Morocco this year allegedly at China's request and another activist whose Interpol notice was removed had angered the Xi regime.

The MPs said by electing Hu several thousands of Hong Kongers, Tibetans, Uighur, Taiwanese and Chinese dissidents would be put at risk.

In 2018, China's Interpol president Meng Hongwei had mysteriously disappeared and it later emerged Chinese authorities had charged him over bribery and other crimes

Interpol holds database of millions of criminals and organisations who have committed various crimes worldwide and it works with law enforcement bodies of various countries.

Chinese foreign ministry spokesperson Zhao Lijian however tried to reassure member-states asserting that, "as a member, China is taking concrete steps to support the organisation's goal of fighting terrorism and cross-border crimes".

Praveen Sinha, special director of India's Central Bureau of Investigation won the other seat from Asia.