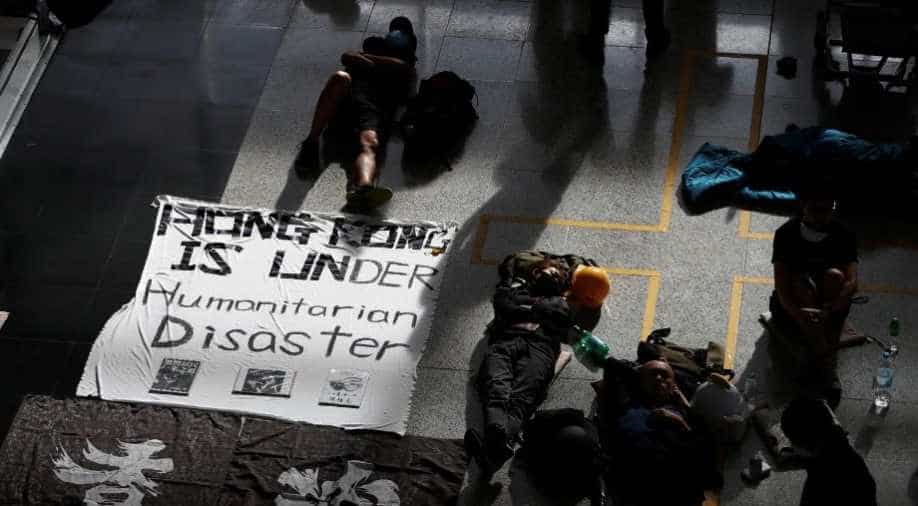 Some anti-extradition bill protesters rest on the floor a day after the airport was closed due to a protest, at Hong Kong International Airport, China. Photograph:( Reuters )

Reuters spoke to several people near to a shopping mall which lies close to the stadium.

People in the city of Shenzhen, which borders Hong Kong, said on Sunday (August 18) that they thought China's paramilitary presence in a stadium there would only be called as a last resort.

Armoured vehicles, trucks and large numbers of service personnel from China's paramilitary, known as the People's Armed Police, have been stationed at the Shenzhen stadium for a number of days. Some have been seen taking part in training drills both inside and beside the stadium.

These exercises have accentuated a concern that China is considering direct intervention in Hong Kong. In recent days, state media has said a number of times that China will not sit by and watch if the "violence" and "sprouts of terrorism" continue.

Reuters spoke to several people near to a shopping mall which lies close to the stadium.

"If Hong Kong finds that they no longer have the ability to control the situation then perhaps we (China) will send some troops from here to help," said Liu Xiaobo, a 25-year-old Chinese tourist from Shaanxi province.

Security at the stadium did not seem extremely tight. Next to the stadium people were playing amateur football games throughout the day. But when a Reuters journalist walked on the footbridge that leads to the stadium with a small camera, they were told to move on by a member of paramilitary personnel on patrol.

The unrest in Hong Kong, which began as a protest against an extradition bill has now morphed into the city's biggest crises since handover in 1997.

Hong Kong to close schools amid rise in COVID-19 cases 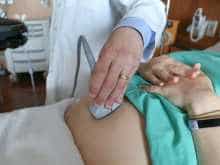