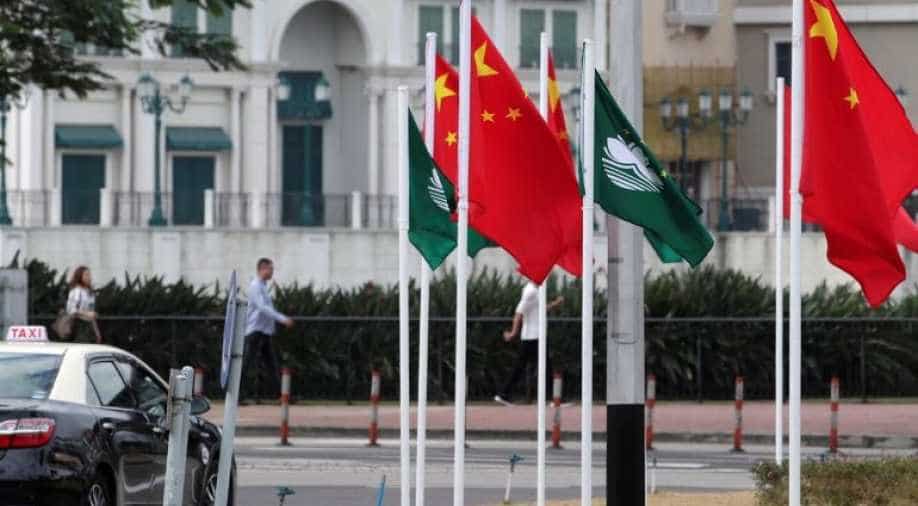 China's President Xi Jinping begins a three-day visit to the gambling hub of Macau on Wednesday to mark the 20th anniversary of its handover to China.

China's President Xi Jinping begins a three-day visit to the gambling hub of Macau on Wednesday to mark the 20th anniversary of its handover to China, with security tight and some media barred entry as protests rock nearby Hong Kong.

Xi's visit to the former Portuguese colony, where he is expected to announce a slew of supportive policies, is widely seen as a reward for Macau's stability and loyalty, unlike the former British colony of Hong Kong, which has been rocked by anti-government protests for six months.

Xi, due to arrive by plane later in the afternoon, is expected to announce measures for Macau aimed at diversifying its casino-dependent economy into a financial centre, including a new yuan-denominated stock exchange.

Several Hong Kong journalists, including a reporter for broadcaster RTHK, were barred entry to Macau this week due to security concerns, RTHK said on its website.

Many other media people faced lengthy questioning and had their identification cards photographed as they arrived in the city.

Macau's government did not immediately respond to requests for comment.

Xi's visit, his longest official trip to Macau, will include meetings with government officials and business representatives, as well as the swearing-in of Macau's newly chosen Beijing-backed leader, Ho Iat-seng, on Friday.

Macau returned to Chinese rule on December 20, 1999 with the same "one country, two systems" formula aimed at preserving autonomy under which Hong Kong is governed.

While protesters in Hong Kong, across the mouth of the Pearl River, are infuriated by what they see as Beijing encroaching on their freedoms, Macau has seen little dissent.

Protests are very rare in the territory with more than half of Macau's 620,000 population immigrating from China in recent decades.

Flags and red congratulatory banners fluttered along roads and over buildings around the city in preparation for the anniversary celebrations on Friday.

"Macau is the best, better than Hong Kong. Hong Kong has been taken over by those rioters and we are all affected," said a 73-year-old woman surnamed Cheung.

Still, authorities appeared to be taking no chances.

A Hong Kong resident was arrested by mainland police last week while crossing into Macau on a newly built bridge linking it to Hong Kong and the mainland city of Zhuhai.

Chinese authorities said the man was suspected of involvement in a phone-smuggling syndicate.

The heads of the American Chamber of Commerce in Hong Kong have also been barred from entering the city in the run-up to Xi's visit, the chamber heads reported, adding that authorities did not give a reason.

Macau ferry operator Turbo Jet said it was reducing the number of ferry sailings to and from Hong Kong by about half due to security checks. Ferries this week are only operating every 30 minutes compared with every 15 minutes normally.

The changes were made because of "instructions by Macau authorities", the company said on its website.

The city's light rail transit system which opened to the public on December 10, will be suspended for three days from Wednesday due to security measures, the operator said.

Beijing has also clamped down on visas since November for mainland residents going to Macau until after the December 20 anniversary, as part of the security restrictions, according to Vitaly Umansky, an analyst at Sanford C. Bernstein in Hong Kong.

The restrictions would put additional pressure on sliding gambling revenues, he said.

Macau is heavily dependent on the gambling industry with its casinos contributing about 80 percent of government income.