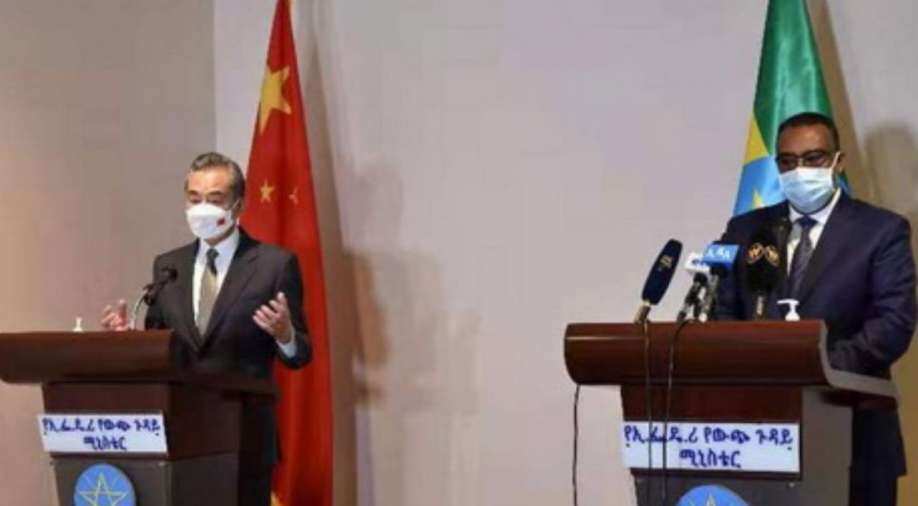 Wang Yi further called for dialogue along with a political solution to the ongoing crisis. He said that China is willing to help the African country to restore peace

During his visit to Ethiopia, the Chinese Foreign Minister Wang Yi pledged his support to the government as he said that Ethiopia is capable of handling the Tigray conflict. Wang met with Ethiopian Deputy Prime Minister and Foreign Minister Demeke Mekonnen.

During the meeting, Wang said that China and Ethiopia enjoy a traditional friendship. He further added that the two sides have become comprehensive strategic cooperative partners, reports Xinhua news agency.

With this, Wang also expressed the Chinese desire to further strengthen the ties.

"The comradeship of Ethiopia and China is growing. China has the desire to further strengthen," Wang said. He further added, "We understand the situation in Ethiopia very well. It has the history, acumen and capacity to solve this problem. We also want the problem to be solved."

He further called for dialogue along with a political solution to the ongoing crisis. He said that China is willing to help the African country to restore peace. "China adheres to the principle of non-interference in internal affairs. We do not meddle in the internal affairs of Ethiopia, and we also oppose any external forces' interference in the internal affairs of Ethiopia, and in particular disagree with the practice of some external forces to pressure Ethiopia for their own political purposes," read the statement.

The year-long conflict in the region has killed thousands of people and forced more than two million out of their homes.

Tigray People's Liberation Front (TPLF) forces have been fighting Prime Minister Abiy Ahmed's government forces for a year. The intention is to topple the government.

The United Nations has said that up to 7 million people in the Ethiopian regions of Tigray, Amhara and Afar need help. This includes 5 million in Tigray, where some 400,000 people are estimated to be living in famine-like conditions.

The fighting reached its peak in the past few months when Ethiopia's military reportedly used fighter jets and armed drones against the TPLF.