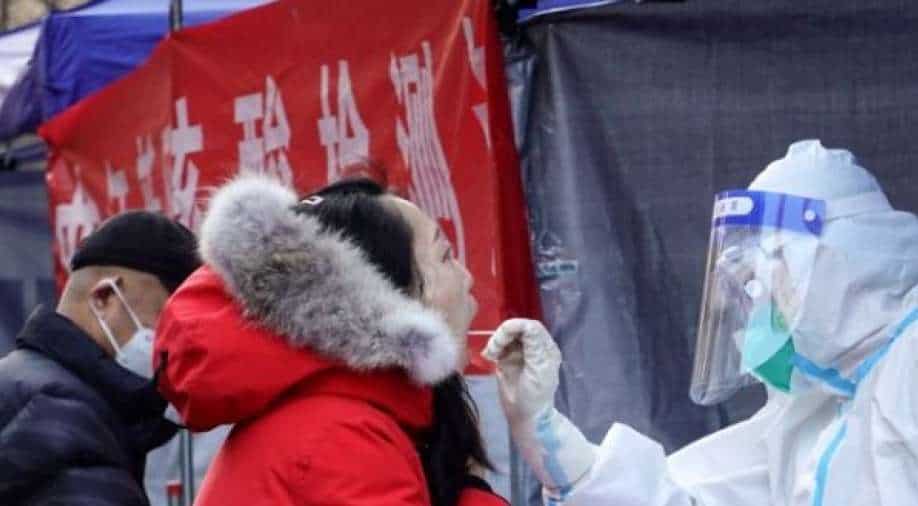 Chinese authorities have put major restrictions in Xi'an city amid the virus outbreak with testing ramped up on a large scale.

As China continues to battle against the virus, the northwest region Xi'an which has emerged as the epicentre of the virus recorded 175 coronavirus cases which is the highest increase in cases in a single day.

China's Global Times reported that a 38-day-old baby was the youngest to be confirmed with the virus in Xi'an city. The report said there were over a hundred COVID-19 cases for the third successive day.

Also Read: In this Canada province, health workers to continue work even after testing Covid positive

The Chinese daily reported that an 85-year-old man was confirmed with the virus in Xi'an. China had reported 206 coronavirus cases last week which was the highest number of cases in nearly two years.

Chinese authorities have put major restrictions in Xi'an city amid the virus outbreak with testing ramped up on a large scale. The authorities have ordered only one member in the household to buy basic necessities once in three days with special permission needed from authorities to leave the city.

Xi'an has nearly 13 million residents with everyone under lockdown as Shaanxi province witnesses a surge in COVID-19 cases. Reports say Xi'an city has recorded 330 locally transmitted symptomatic cases in the past month.

China has been hit by the Delta variant for the past few months as COVID-19 cases have mounted since since September. The authorities had earlier lockdown several cities and put severe restriction on movement for local residents while closing down domestic airport in a bid to combat the virus.

The authorities have also disciplined government officials for not controlling the virus with at least 26 officials being punished. Reports claim the virus surge in Xi'an has spread to at least five other cities including capital Beijing which is set to host the Winter Olympics in February next year.

China had detected the first virus case in Wuhan in December 2019. The authorities had reported the first case of the virus to the World Health Organisation(WHO) on December 31. China has reported two deaths due to the virus in the last one year with the total number of fatalities at less than 5,000.