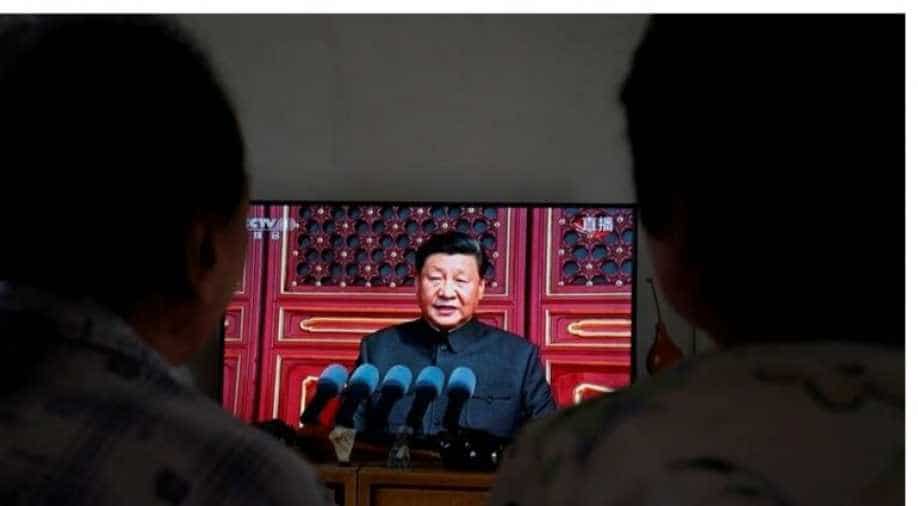 China celebrated its growing power and confidence with a massive display of military hardware and goose-stepping troops in Beijing on Tuesday, overseen by President Xi Jinping who pledged peaceful development on the 70th birthday of Communist China.

The event is the country's most important of the year as China looks to project its assurance in the face of mounting challenges, including nearly four months of anti-government protests in Hong Kong and an economy-sapping trade war with the United States.

Xi, dressed in a slate grey "Mao" suit and accompanied by his predecessors Hu Jintao and Jiang Zemin, said China will pursue a mutually beneficial strategy of opening up.

"We must adhere to the path of peaceful development, pursue a mutually beneficial strategy of opening up, and continue to push forward to create a community of shared future for mankind together with people of all the other countries," Xi said from the Gate of Heavenly Peace, where Mao Zedong proclaimed the founding of the People's Republic of China on this day in 1949.

China must maintain lasting prosperity and stability in Hong Kong and Macao, promote the peaceful development of relations with self-ruled Taiwan and "continue to strive for the motherland's complete reunification", he added.

Xi, whose military modernisation programme has rattled nerves around the region, then descended to the street and inspected row upon row of military hardware and immaculately presented troops.

The massed ranks of soldiers shouted back: "Follow the Party! Fight to win! Forge exemplary conduct!"

Xi remains broadly popular in China for his aggressive campaign against corruption and for propelling what is now the world's second-biggest economy to the forefront of global politics.

But the Communist Party remains nervous about its grip on power and international standing.

The capital has been locked down for the parade.