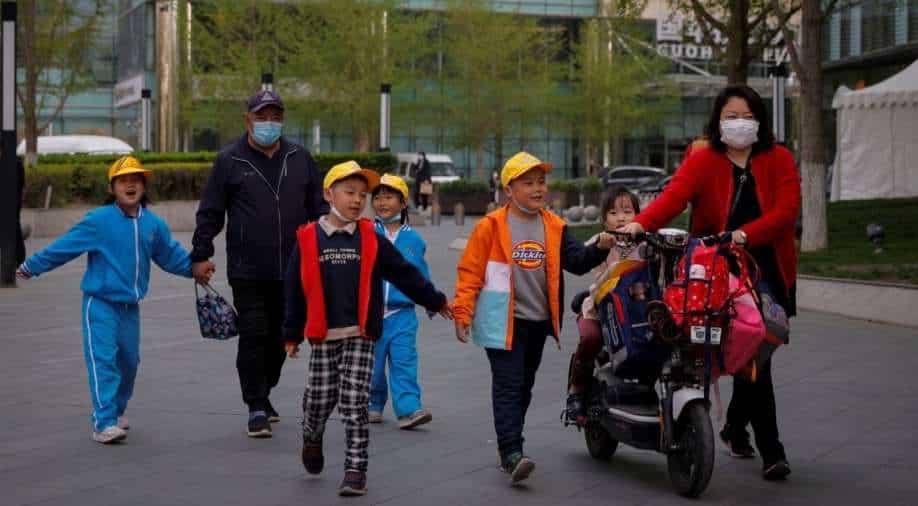 According to the data, the natural growth rate of China's population was only 0.034 per cent for 2021, the lowest since 1960

Official data released on Monday shows that China's birth rate dropped to a record low in 2021, despite the country's efforts to increase the young population.

The natural growth rate of China's population, which excludes migration, was only 0.034 per cent for 2021, the lowest since 1960.

Data of the population of China's 31 provinces, autonomous regions, municipalities have been analysed. It excludes foreigners and also does not include Hong Kong, Macau or Taiwan, South China Morning Post reported.

Beijing last year started allowing couples to have up to three children but the latest data suggests that the existing downward trend has further extended.

"The demographic challenge is well known but the speed of population ageing is clearly faster than expected," Zhiwei Zhang, chief economist at Pinpoint Asset management said as quoted by Reuters.

"This suggests China's total population may have reached its peak in 2021. It also indicates China's potential growth is likely slowing faster than expected," Zhang said.

In addition to allowing couples to have three children, China has been adopting policies aimed at reducing the financial burden of raising children, including banning for-profit after-school tuition, a massive industry, last year.

Huang Wenzheng, a demography expert with the Beijing-based Center for China and Globalization, said birth numbers are likely to fluctuate in the 10 million range before declining further in the absence of more policy changes.

"But policies will provide greater support for the birth rate in the longer run," Huang said.

"Career advancements could be tied to whether you have children or not; economic incentives; or even direct cash payouts by society to meet the cost of raising a family."